Rebecca Buddenberg had named the Geauga County Health District's outside lawyer as a defendant in her First Amendment whistleblower case, alleging he too retaliated against her. He tried to get out of liability, claiming qualified immunity. He failed. 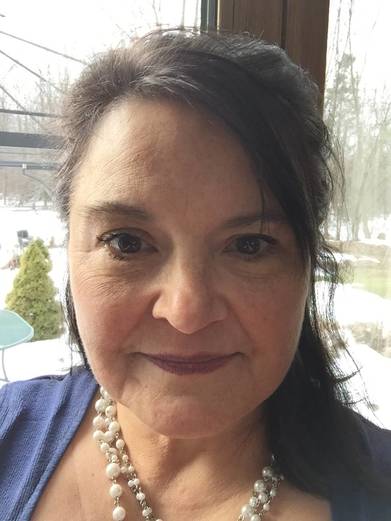 Rebecca Buddenberg. She blew the whistle on Robert Weisdack.

Cincinnati, OH – Today, the U.S. Court of Appeals for the Sixth Circuit handed down a significant victory to former public-employee whistleblower Rebecca Buddenberg, in her lawsuit against the Geauga County Health District, its director Robert Weisdack, its Board members, and its outside counsel James Budzik, of the Mansour Gavin LPA law firm.

The groundbreaking case ensures that lawyers can't hide behind their law licenses to engage in illegal employment retaliation.

The appeals court held—in a unanimous opinion by Judge Helene White—that Ms. Buddenberg’s complaint sufficiently alleged that Budzik had violated Ms. Buddenberg’s clearly established First Amendment rights because the complaint alleged Budzik had actively participated in, and personally facilitated, retaliatory acts against Ms. Buddenberg for reporting Weisdack’s unethical and gender-discriminatory conduct. The appeals court—recognizing that outside-counsel Budzik was acting as a state actor to whom the First Amendment applies—accordingly rejected Budzik’s insistence that he was entitled to qualified immunity from being sued.

But the appeals court held that regardless, qualified immunity does not protect Budzik. It held that any reasonable public official in Budzik's position should know that retaliating against someone like Buddenberg—who says she reported Weisdack engaging in corruption, and sex discrimination against a colleague—was unconstitutional:

We have long recognized that a public employer may not retaliate against an employee for her exercise of constitutionally protected speech. See, e.g., See v. City of Elyria, 502 F.3d 484, 495 (6th Cir. 2007) (“a public employee’s right to speak on matters of public concern without facing improper government retaliation [is] settled”); Chappel, 131 F.3d at 580 (“All public officials have been charged with knowing that public employees may not be disciplined for engaging in speech on matters of public concern. . . .”). Buddenberg's right to report public corruption, unethical conduct, and sex-based discrimination within her workplace was clearly established.

The appeals court went on to find that "Buddenberg has sufficiently alleged an adverse action" against Budzik:

She alleges that after she filed her charge with the EEOC, Budzik and Weisdack drafted the Notice of Proposed Disciplinary Action against her. Buddenberg further alleges that this Notice contained multiple statements of fact that Budzik and Weisdack knew were either untrue or purposefully distorted. During the subsequent hearing on the Notice, Budzik aggressively interrogated Buddenberg on these charges, despite knowing that they were baseless. After the hearing, Budzik attempted to intimidate Buddenberg into accepting a settlement in which she would abandon her retaliation charges, be demoted, and receive significantly less pay. Budzik allegedly refused to allow Buddenberg to have a witness present during this meeting. (R. 31, PID 391 ¶ 94.) When Buddenberg declined Budzik’s settlement offer, Weisdack and Budzik presented bogus disciplinary charges to the Board, which approved them. Buddenberg was suspended for three days, demoted to a clerical position, and her pay was slashed nearly in half. (Id. at PID 393 ¶ 100.) Buddenberg “suffered from depression” as well as “sleeplessness, nausea, and high blood pressure” as a result. (Id. at PID 397 ¶ 127.) Finally, the conditions at the workplace “became so intolerable that Ms. Buddenberg was forced to resign.” (Id. ¶ 128.) These allegations establish the requisite adverse action. See Dye, 702 F.3d at 303 (demotion is an adverse action); Clay v. United Parcel Serv., Inc., 501 F.3d 695, 710 n.6 (6th Cir. 2007) (deprivation of increased compensation resulting from a failure to train is an adverse action).

Subodh Chandra, Mrs. Buddenberg’s lead counsel, said, “This is a triumph for the First Amendment. Lawyers who take over administrative, managerial roles for their public clients don't get to hide behind the fact that they are lawyers and supposedly 'just doing their jobs'—that is, being hired hatchet people with license to do whatever they want. They are no more immune from violating the Constitution than the public officials they represent."

Sandhya Gupta, also Ms. Buddenberg's counsel, said, "The Sixth Circuit has spoken loud and clear about the First Amendment’s importance in protecting public employees like Ms. Buddenberg who courageously take a stand against corruption and unlawful discrimination. We look forward to proceeding with Ms. Buddenberg’s case and helping her achieve the justice she deserves.”