Back to the Team

A former federal prosecutor, law director for the City of Cleveland, and large-firm litigator, Subodh Chandra is The Chandra Law Firm LLC's founding and managing partner. His practice focuses on high-profile civil-rights litigation, along with white-collar-criminal defense and internal investigations.

Chandra is engaged for high-stakes litigation when reputations are on the line. His matters often have a crisis-communications, public-policy dimension. Examples include the police-shooting death of 12-year-old Tamir Rice by Cleveland police—a key moment in the Black Lives Matter movement nationally resulting in a $6,000,000 settlement, the nearly $1,000,000 in settlements for 2016 Republican National Convention protestors, and the retaliation suit over sexual-harassment allegations that resulted in the resignation of Case Western Reserve University's law-school dean.

Before founding the firm, Chandra served as director of law for the city of Cleveland, a billion-dollar corporation. Chandra led the work of an 82-lawyer department with both criminal and civil divisions. He also sometimes served as Cleveland's acting mayor.

Previously, as federal prosecutor, Chandra successfully prosecuted healthcare fraud and corruption—winning a commendation from FBI director Robert Mueller for "demonstrated excellence" as well as from the special agent in charge of the FBI's Cleveland office. Chandra also prosecuted tax fraud, bank fraud, and other economic crimes.

Before that, Chandra served as a litigator in large law firms in both Cleveland and Los Angeles. Chandra defended the cities of Los Angeles and Beverly Hills against high-profile allegations of police misconduct, and represented large media companies and motion-picture studiios. Some of his more memorable work included defending the television show "Hard Copy" against libel charges by the singer Michael Jackson.

Chandra is a graduate of the Yale Law School, where he was executive editor of the Yale Law & Policy Review. He also graduated with honors and distinction from Stanford University, which awarded him the John Gardner Fellowship to work as a protégé of Ohio Governor Dick Celeste.

Chandra has served as Distinguished Practitioner in Residence at Case Western Reserve University School of Law, teaching appellate practice and legal ethics. He has also served as a legal-ethics and attorneys' fees expert in litigation.

Long active in assisting people who aspire to public service, Chandra was also a 2006 candidate for Ohio Attorney General, winning most newspaper endorsements. The Cincinnati Enquirer called Chandra "the best candidate Ohio Democrats have produced in years." Chandra was also one of the earliest supporters of President Barack H. Obama, raising money for his campaign, serving on the national Asian-American advisory committee, and serving as a delegate to the 2008 Democratic National Convention.

Chandra presently serves on the Special Ohio Advisory Committee to the U.S. Commission on Civil Rights.

Chandra is admitted to practice law in Ohio, California, and New Mexico (inactive), and in federal courts around the country.

Based on the review of his peers, he has been included in Best Lawyers® in America for civil rights and Ohio Super Lawyers®. Under his leadership Chandra Law has been peer-review included in U.S. News and World Reports's Best Law Firms in America for Civil Rights.

Chandra and his wife are the proud parents of triplet sons. 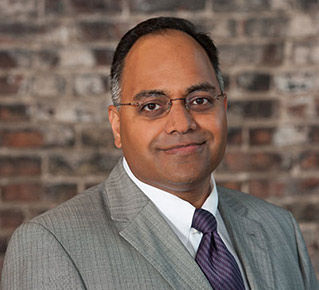 "As civil-rights lawyers, we are karmic facilitators.™ What goes around comes around. We just make sure it comes around a little faster."

"I founded Chandra Law to give ordinary citizens the same quality of representation as the Fortune 500 companies I once represented."

"All wisdom you need to know in the universe can be obtained by watching 'The Godfather.'"

Lawsuits are expensive. So expensive, in fact, that the cost of litigating a matter can easily exceed the damages a successful plaintiff can expect to recover. That's where class actions come in.

Freedom of speech, of the press, of religion, from excessive force, from unreasonable searches and seizure, from government discrimination. Due process of law.

For years, LGBT people had no legal protection from discrimination in employment, housing, education, and other aspects of American life. Things are starting to change, although they have not changed enough. We stand ready in the fight.

Chandra Law lawyers have been fighting for over a decade to protect Ohioans' voting rights against an onslaught of schemes by government officials to suppress the vote.

Business disputes are not only expensive, but they can take a life of their own, draining the energy of executives and entrepreneurs alike.

Since 1996, it has been a federal crime to misappropriate a company's trade secrets with the knowledge or intent that the theft will benefit a foreign power.

No matter the industry in which you work, federal and all states' laws provide extensive protections against discrimination and retaliation for reporting discrimination.

Federal and state law protects individuals willing to stand up for themselves and others when they reasonable believe unlawful discrimination or other illegal activity has taken or is taking place.

If you work for a company that does business with the federal government or any of its agencies, and you suspect that your employer, or anyone else, has been engaged in fraudulent activity, federal law offers you protection.

Our experience and success in protecting these rights against government infringement is hardly paralleled.

Federal and state investigators devote tens of millions of dollars annually to healthcare-fraud detection, investigation, and prosecution. A conviction can mean years in prison, losing a medical license, and financial ruin.

We have successfully defended clients from both criminal cases and civil liability.

Our firm helped negotiate the largest police-misconduct settlement in Cleveland history: the $6,000,000 settlement for the shooting of 12-year-old Tamir Rice.

As the general public continues to lose trust in elected officials and government workers, any allegation of public corruption has the potential to ruin your reputation.

Sexual harassment is still a serious problem in workplaces across the country. If you are a victim, it can be hard to come forward out of fears of retaliation. But the Chandra Law Firm LLC will have your back in your fight for justice.

Each year, Special Agents from IRS Criminal Investigation launch thousands of criminal investigations. The vast majority of these investigations lead to prosecution

But the False Claims Act is tricky, and there are many pitfalls for the unwary. Experience in these cases makes a big difference.

The Chandra Law Firm LLC has been entrusted with the solemn responsibility of representing grieving families who have lost loved ones. And we've obtained results.

While most people find that discussing religion is a subject best suited for doing so privately, many people unfortunately still have their religion held against them at the workplace, or by governments.

Title IX is a federal civil-rights law that forbids sex discrimination in federally funded education programs. It applies to most public and private schools from kindergarten through college.

Sadly, far too many workers are still the victims of discrimination because of their race. While the law is on your side, proving that racism is the driving cause behind your suffering at work is a complex task requiring skilled representation.

People who are deaf or have hearing loss have rights under federal and state law that enable meaningful participation in everyday life. From schools to hospitals to the workplace, deaf people are entitled to a fair opportunity to communicate.

Director of Law and Prosecuting Attorney, City of Cleveland (2002–05)

100% of Practice Devoted to Litigation

A.B., Stanford University with honors, and distinction in two departments (1989)

©2020 by The Chandra Law Firm LLC. All rights reserved.