The Vote Early, Vote Big! program in Cuyahoga County, founded and chaired by Subodh Chandra, resulted in one of the highest minority-vote turnouts in Ohio history. 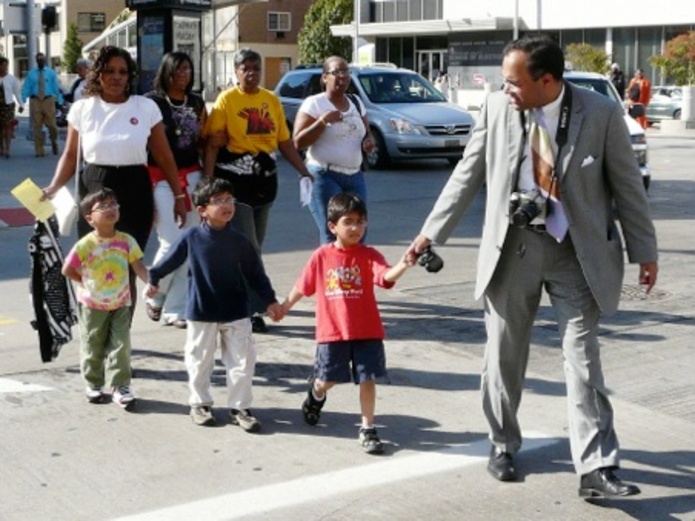 Subodh Chandra, leads his triplet sons and voters to the Cuyahoga County Board of Elections in the nonpartisan, nonprofit Vote Early, Vote Big! program that Chandra founded and chaired. (Photo credit: Jeff Coryell)

The program inspired minority and poor voters in Northeast Ohio to vote early in the open election process during the weeks before Election Day, collectively, and in large numbers. The biggest turnouts were on Sundays, with the program organizing buses of worshipers from African-American churches to come downtown and vote after services.

In his remarks to the group at the reception, he noted the importance of sharing the experience of voting with the next generation.

Upholding rule of law and democracy, Ohio Supreme Court rules that voters will have final word on...

Provisional ballots and their pitfalls in Ohio

Federal voting-rights trial challenging election laws that are resulting in thousands of Ohio...

Plaintiffs in voting-rights case propose complaint against Ohio Secretary of State Husted and...