Yet a third 2016 RNC protestor to be compensated for City of Cleveland's First Amendment retaliation, malicious prosecution, and false arrest

Settlement for Richard Newburger brings to $325,000 the payouts for the police First Amendment retaliation, false arrest, and malicious prosecution protestors endured at the Republican National Convention.

CLEVELAND, OHIO – The City of Cleveland has agreed to settle yet a third federal civil-rights lawsuit over its, and its officers’, First Amendment free-speech violations, false arrests, and malicious prosecution of peaceful protestors at the 2016 Republican National Convention.

The City agreed to pay Mr. Newburger $50,000 over his false arrest, malicious prosecution, and the First Amendment retaliation he endured. That brings to $325,000, thus far, the payouts to peaceful protestors over unconstitutional conduct by Cleveland officials at the RNC.

Mr. Newburger’s complaint states he and his fellow protesters came to the 2016 RNC to assist Gregory Lee Johnson, who had informed the City in advance he planned to engage in a flag-burning protest during the convention.

On July 20, 2016, outside of the convention in a “free-speech zone” the City had designated, Mr. Newburger stood peacefully next to Mr. Johnson as Mr. Johnson prepared to light the flag. Fellow protesters created a safety circle around Mr. Newburger and Mr. Johnson to maintain a safe protest. 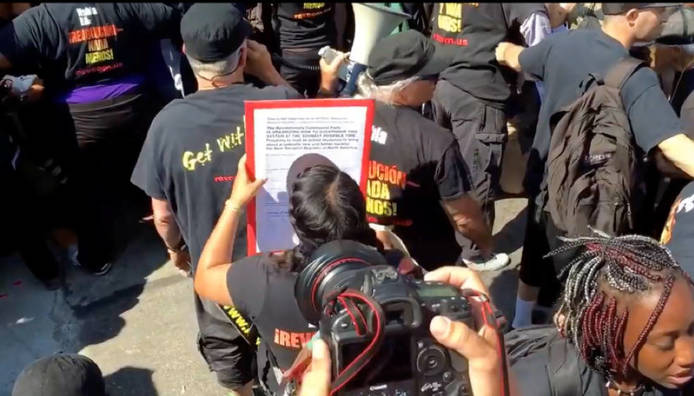 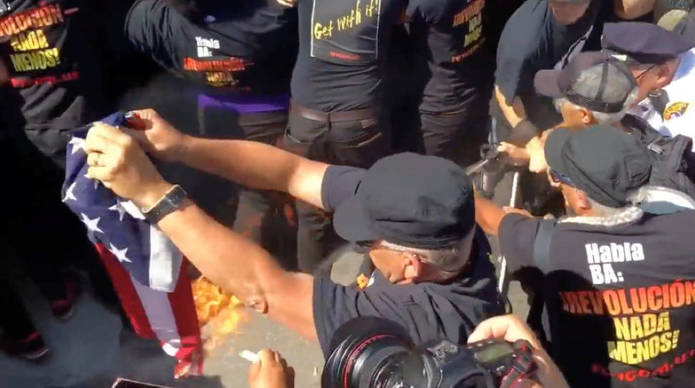 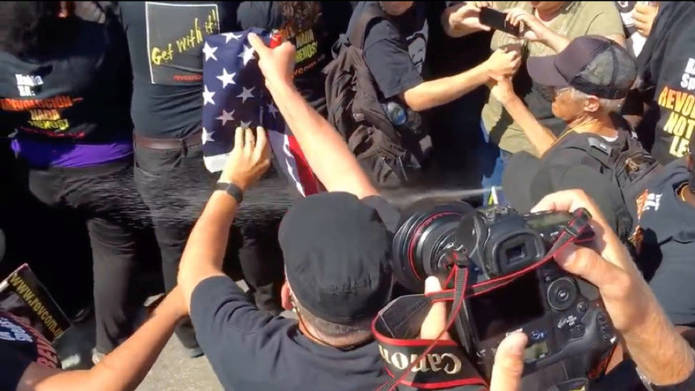 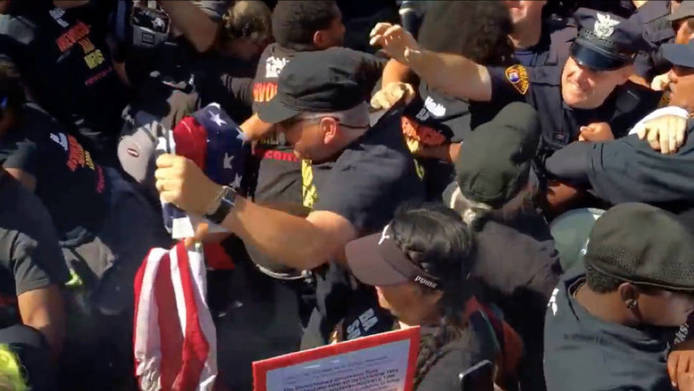 Mr. Newburger never resisted the police. In the Cleveland police officers’ unconstitutional frenzy, the police assaulted Mr. Newburger by spraying him directly in the face with a chemical extinguisher. 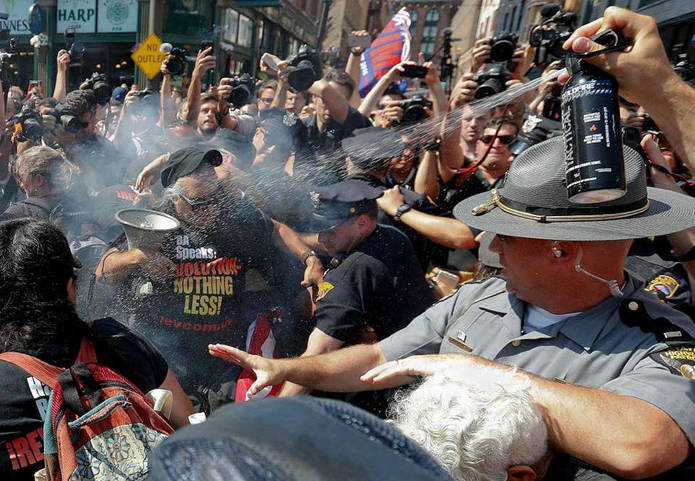 The suit alleged that the officers fabricated probable cause to arrest Mr. Newburger. One officer extinguishing the symbolic speech shouted, "You're on fire! You're on fire, stupid!" The police chief repeated the claim. But video recordings of the incident show that was an outright lie. Neither Johnson nor anyone else was on fire. And it was obvious. 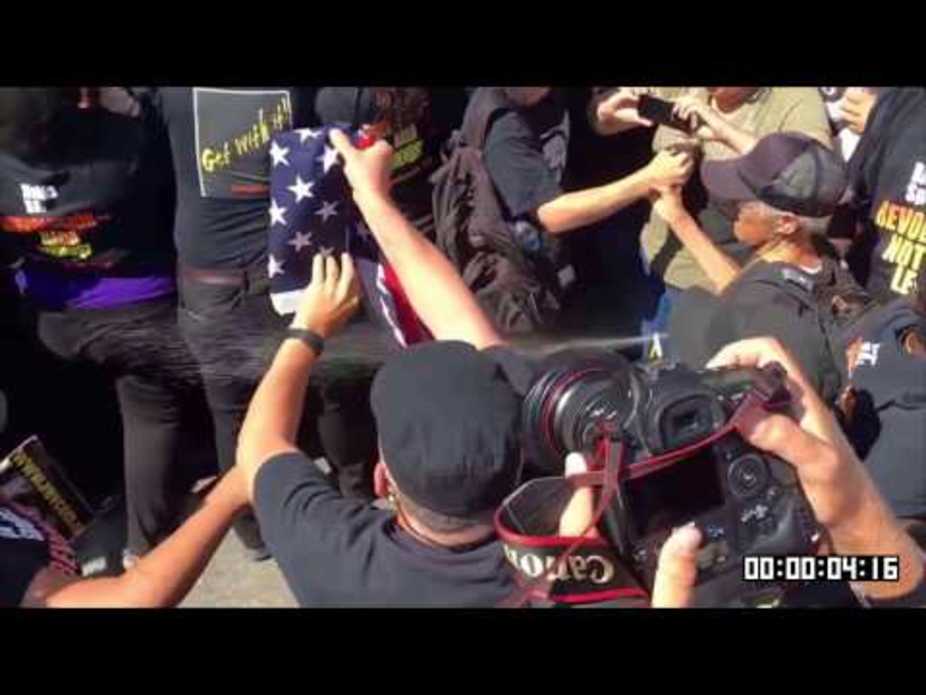 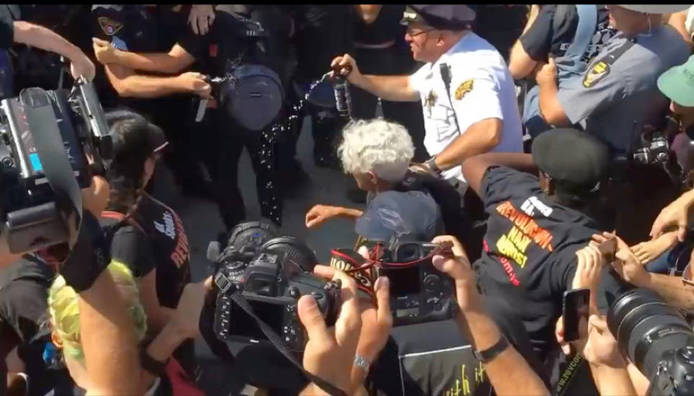 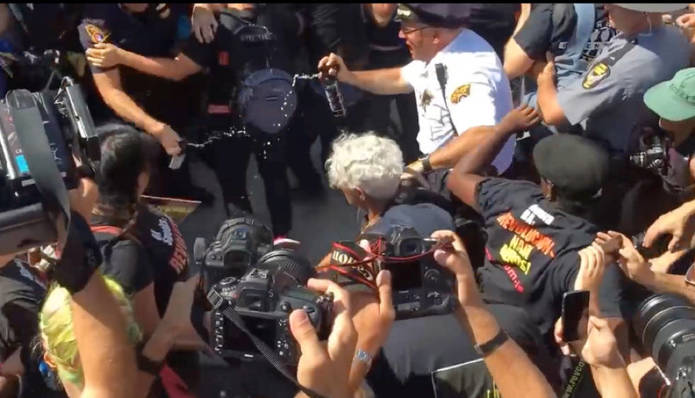 Defendant France forced Mr. Newburger to the ground—causing him pain, placed him in police restraints, and charged him with obstructing official business and aggravated disorderly conduct.

The City then held Mr. Newburger for 24 hours while it scrambled to manufacture a legal basis to justify his arrest—and the arrest of 15 fellow protesters, including Mr. Johnson.

In April 2019, the City paid fellow RNC 2016 protestor Stephen Fridley $50,000 to settle his own federal civil-rights lawsuit over the police misconduct at the RNC.

Subodh Chandra, lead counsel for Mr. Newburger, Mr. Johnson, and Mr. Fridley, said, “The saddest thing about these widespread violations of peaceful protestors’ constitutional rights at the 2016 RNC is that to this very day, no one has been held accountable for not-just-civil-but-criminal interference with bedrock constitutional rights. The video footage proves Mr. Johnson was not on fire, and was a danger to no one. The officers simply didn’t like his viewpoint and literally extinguished his and his fellow protestors’ free speech. People that lawless should not be in law enforcement."

Chandra added, “Cleveland officials may—as is their habit—shrug off these settlements as being paid by special RNC insurance. But that glib attitude just underscores their lack of caring about accountability or preventing future lawless acts by police or prosecutors. Insurance or not, violating a decades-old Supreme Court case should never have happened—and heads should roll because it did. The video footage irrefutably proves Cleveland officers are both civil-rights violators and liars. But those in charge don't care.”

The lawsuit is entitled Newburger v. City of Cleveland, et al., and is before U.S. District Judge Dan Aaron Polster of the Northern District of Ohio.