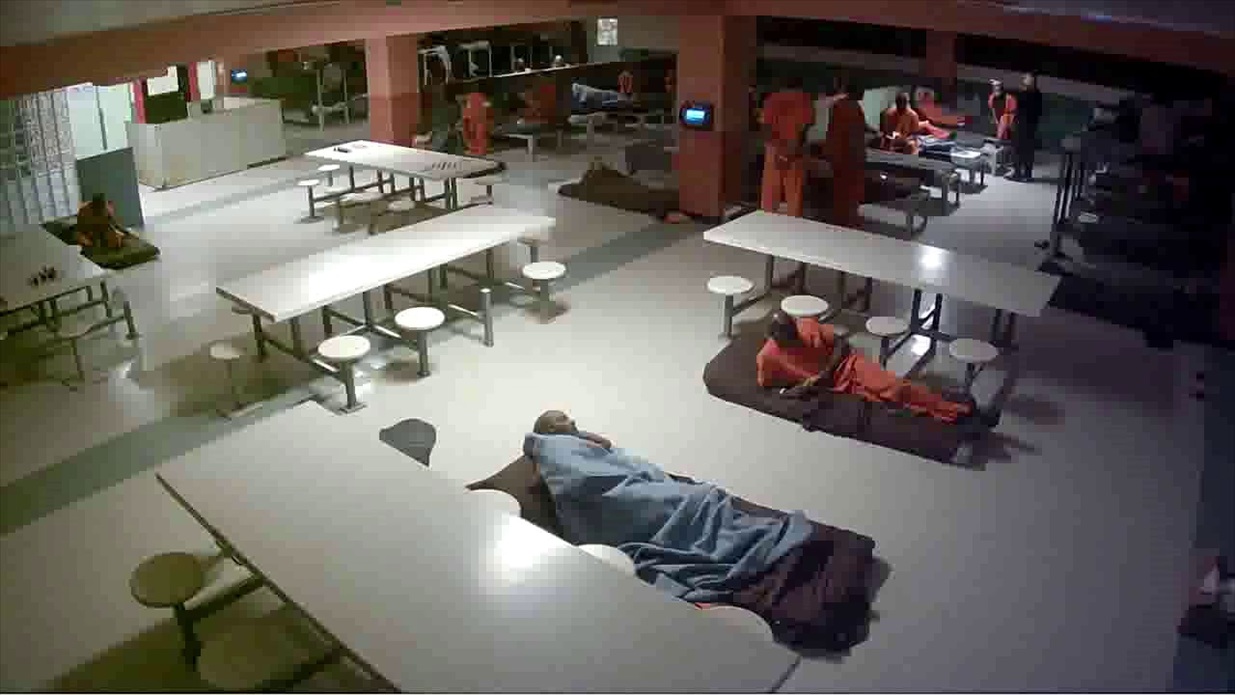 CLEVELAND, OH — On November 2, 2019, Tyrone Hipps, Jr. filed in the Cuyahoga County Court of Common Pleas a civil-rights complaint against Cuyahoga County and corrections officer Christopher Perdue, alleging that the County’s failures to discipline officers for abusing inmates and practice of destroying records documenting such abuse fostered a toxic environment that led to Perdue’s attack on Mr. Hipps.

Mr. Hipps was in the jail last year when a review team from the U.S. Marshals Service audited the jail for compliance with federal regulations, and he was among several inmates who blew the whistle on crimes being committed there by jail staff—in particular, members of the jail’s Special Response Team (SRT).

According to the complaint, a corrections officer warned him that SRT members would retaliate, and Perdue, an SRT member, made good on that threat. While Mr. Hipps, a Muslim, was preparing to pray as he normally did, Perdue approached him and ordered him to pray elsewhere. Mr. Hipps objected to the instruction, as Perdue was directing him to pray in areas where his faith did not permit him to perform his prayer. When he asked Perdue to find a supervisor to resolve the issue, Perdue left but returned alone. He again ordered Mr. Hipps to move, and Mr. Hipps complied. But as he was walking toward his bunk, Perdue grabbed him, placed him in a chokehold, dragged him across the room, and slammed him to the ground.

The complaint alleges that Perdue falsified official records, claiming in a report that Mr. Hipps had actually assaulted him. An internal review found that surveillance cameras “did not capture” the events Perdue described.

The complaint also alleges that the County, consistent with its practice in the jail, destroyed or failed to preserve records of Perdue’s attack on Mr. Hipps.

Video evidence of the attack produced by Cuyahoga County in response to a public-records request includes significant gaps—including the most crucial alleged moment: the split second where Perdue claimed in his report that Hipps supposedly attacked him. The video skips to Perdue grabbing Hipps from behind. News reports and FBI testimony in other jail-misconduct proceedings indicate that video footage of other instances of Cuyahoga County corrections officer use of force has disappeared.

The Hipps complaint may be found here.

Ashlie Case Sletvold, Mr. Hipps’s lead counsel, said, “This is the fourth suit we have filed this year against Cuyahoga County over brutality against those incarcerated. And yet the County continues to demonstrate a blasé attitude not only to the brutality, but to maintaining public records and evidence vital to ensure constitutional rights and protected. Accountability is critical to solving the crisis at the jail and ensuring that our community never experiences this kind of disaster again.”

This is the fourth lawsuit Chandra Law has brought against the County and its corrections officers this year over abuse, torture, and other misconduct in the jail. The others include:

The firm filed a fifth lawsuit against the County, Ken Mills, Armond Budish, MetroHealth, Akram Boutros, and Jane Platten alleging retaliation against Nurse Gary Brack, who blew the whistle on jail conditions to County Council and was swiftly removed from his position as nursing director.