Suit alleges that County Executive Budish, MetroHealth CEO Boutros, other officials, County, and MetroHealth conspired to end his employment after he sounded the alarm about dangerous jail conditions that led to nine deaths. 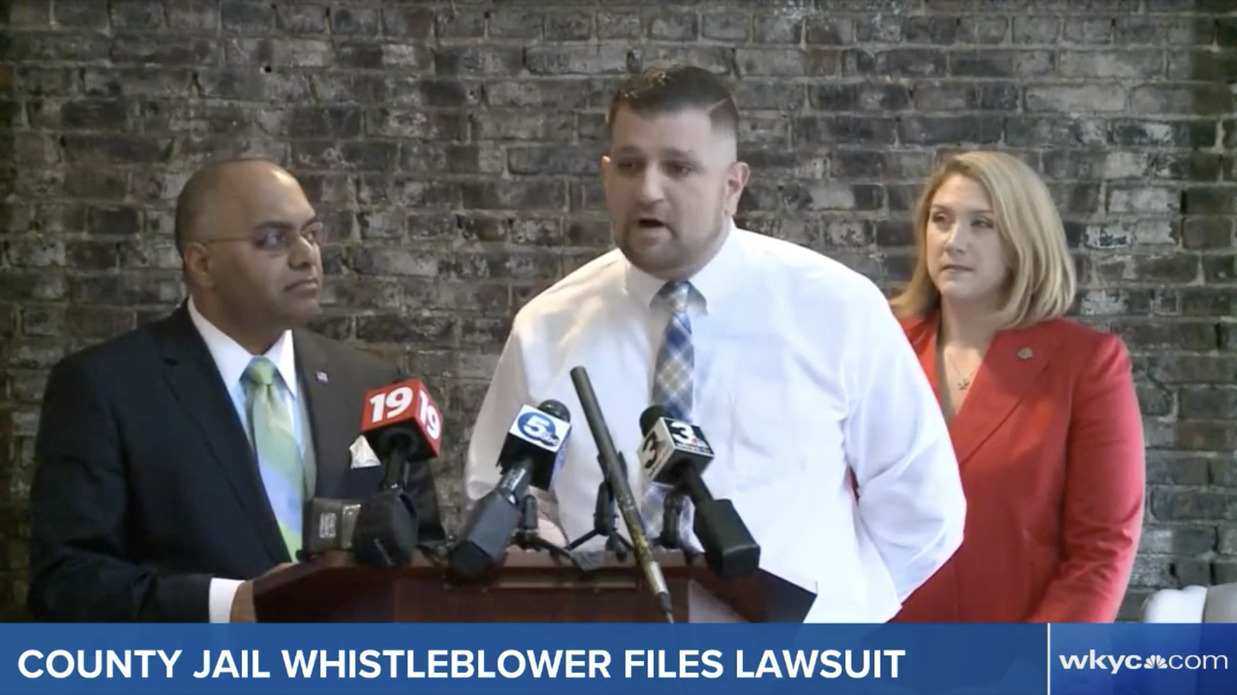 Gary Brack, R.N., flanked by two of his counsel, Subodh Chandra and Ashlie Case Sletvold, describes the inhumane jail conditions at Cuyahoga County's jail, the lives at risk, and the retaliation he faced from County Executive Armond Budish and MetroHealth CEO Akram Boutros for blowing the whistle on these matters to County Council.

The suit alleges claims for conspiracy to violate civil rights, First Amendment retaliation, and civil liabilty for various criminal acts against Brack, including interfering with civil and statutory rights, obstruction of official business, retaliation against a public servant in the discharge of his duties, complicity, and related civil claims.

Nurse Brack was a MetroHealth employee detailed to the Cuyahoga County Corrections Center as part of Metro’s contract to provide medical care at the jail.

According to the complaint, the retaliation began after Nurse Brack spoke during a May 22, 2018 County Council committee meeting. He truthfully responded to councilmembers’ questions about the existing conditions in the jail, raising his concerns about the healthcare crisis—concerns he had raised internally to no avail.

His lawsuit claims that Budish then requested that Boutros remove Brack from his role, and Boutros obliged.

The complaint alleges that

Since Nurse Brack was removed after making his prescient comments to County Council, nine inmates have died in custody, the last one just this month. Mills resigned in the run up to a scathing report from the United States Marshal’s office excoriating the jail’s mismanagement.

Nurse Brack’s lead counsel Subodh Chandra said, “It is time for Cuyahoga County to reckon with the unmitigated disaster of our local jail’s mismanagement. We need more kind and courageous public servants like Nurse Gary Brack, who was targeted for speaking up to protect his patients. He intends to hold accountable those who tried to silence him.”

The case is captioned Gary Brack, R.N. v. Budish, et al. Cuyahoga County Court of Common Pleas Case No. CV-19-915706, and is assigned to Judge Ashley Kilbane. The complaint can be found here.

Nurse Brack and his counsel will hold a press conference about the suit:

Credentialed media only. Open for set up by camera operators at 12:45 pm.

UPDATE: Here is the press conference.

UPDATE 2: Lawyers for Defendants MetroHealth, MetroHealth CEO Dr. Akram Boutros, and MetroHealth chief of staff Jane Platten have complained about the opinions expressed in the press conference regarding Nurse Brack's suit. Here is their letter and our firm's response. 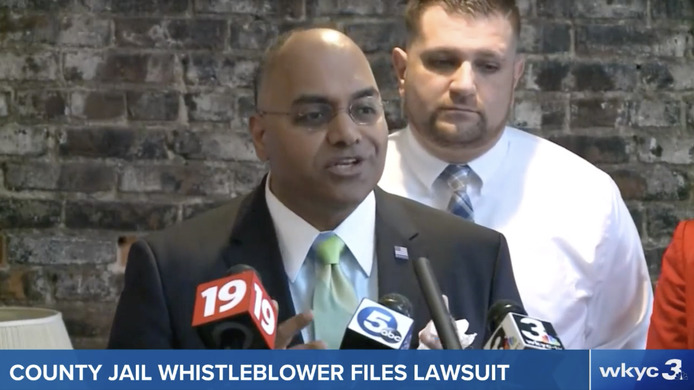