The city, former mayor, and police chief will dismiss their appeals and the city will pay Leonard Mazzola a settlement that incorporates his badge number. 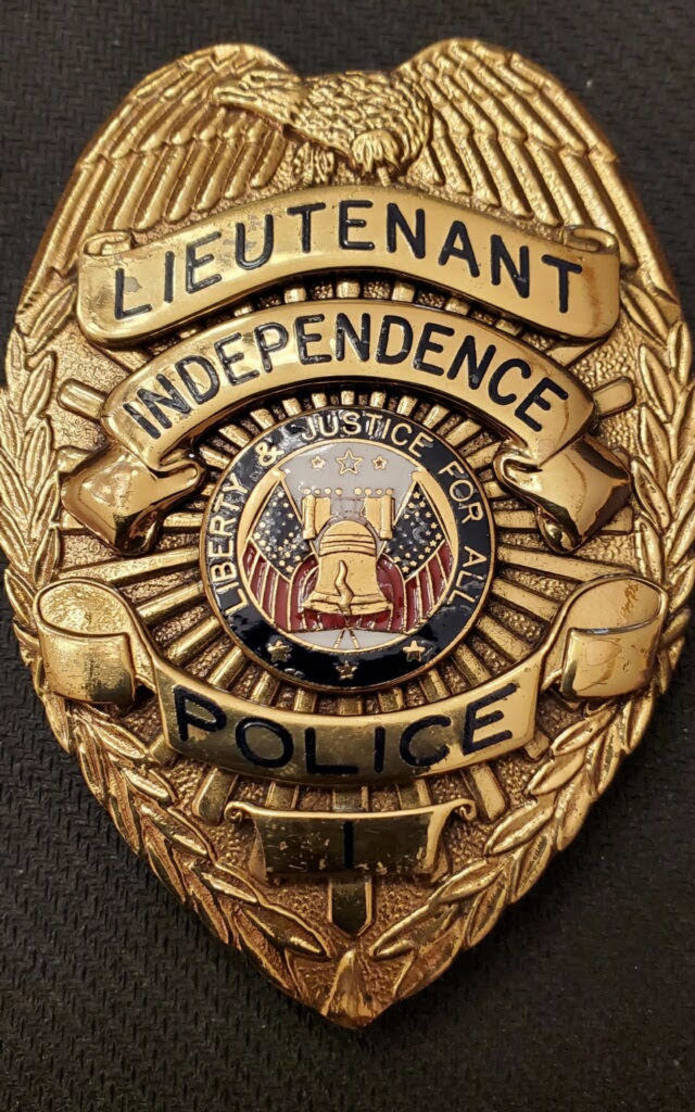 The settlement follows orders by U.S. District Judge James S. Gwin denying the defendants’ motions seeking to throw out Mr. Mazzola’s case, and ordering that the matter proceed to trial. It also follows a December 2021 oral argument before the U.S. Court of Appeals for the Sixth Circuit that did not go well for the appealing defendants. The defendants have agreed to dismiss their pending appeals.

Court, public records, and testimony in the case showed the following.

In October 2019—just before the municipal election for mayor—Chandra Law filed a federal civil-rights lawsuit against the City of Independence and three of its top officials—Mayor Anthony Togliatti, Chief of Police Michael Kilbane, and Director of Law Gregory O’Brien—alleging First Amendment–retaliation and related claims.

The new evidence formed the basis for a motion for reconsideration of summary judgment for Director O’Brien and a newer lawsuit filed against O’Brien. Those proceedings were stayed pending appeal of the first suit. The settlement resolves all pending cases.

Public employees cannot be retaliated against for sharing public information with the media or the public.[1] Public employees also cannot be retaliated against for raising concerns internally.[2] Mr. Mazzola’s efforts to advocate to the police chief, HR director, and then-mayor regarding ethical and legal concerns about the City’s traffic-ticket quota are protected speech and not subject to discipline.

Although Mr. Mazzola was not the source of the information reported in the January 14, 2019 Fox 8 story—as the May 3, 2019 follow-up story unambiguously confirms—whoever shared this public information with the news media was engaged in First Amendment­–protected free speech.

And the law confers the same protection against retaliation upon people believed to have engaged in protected conduct, like Mr. Mazzola.[3] Both documents the I-TEAM referenced or displayed were public records not subject to any exemption from disclosure under Ohio law. As to any information otherwise communicated to the I-TEAM, public employees have the right to communicate with the media and the public about information they learn in their jobs.[4]

Defendants recognized the First Amendment and retaliation issues implicated by their conduct. At Chief Kilbane’s direction, the attorney/polygrapher hired to conduct the “investigation” and outside city attorneys noted the “1stAmendment issue” and that “retaliation could be a problem.” Undeterred, however, the defendants continued their unconstitutional investigation and constructively discharged Lt. Mazzola.

Lt. Mazzola would have continued working until November 2026—the time at which he would have maximized his DROP pension benefit.

The City of Independence will pay Mr. Mazzola $973,940 to settle his lawsuit. The number incorporates his Independence police badge number, 3940. The Independence City Council on May 10, 2022 also passed a resolution honoring Mr. Mazzola and his career, including his graduation with highest honors in academics from the Ohio State Highway Patrol Academy; his completion of K9-officer training with K9 Yambo, with whom he served as as a team until 2007; his receipt of multiple recognitions for patrol activities; his promotions to sergeant and lieutenant, and most recently his service as the Department’s patrol commander. The Council also noted Mazzola has been recognized multiple times by neighboring communities and received multiple special recognitions by the Federal Bureau of Investigation.

The City and Mr. Mazzola made the following joint statement, “Mr. Mazzola and the City are mutually satisfied that this resolves the dispute against the City and thus avoiding additional protracted future litigation costs. The City wishes to thank Mr. Mazzola for his years of service to the residents of the City of Independence.”

Mr. Mazzola opposed a dubious traffic-ticket quota that would have harmed Independence residents and non-residents alike. While he didn’t leak the quota’s existence to the media, he had every right under the First Amendment to do so because the quota was a matter of public concern. Nevertheless, he paid a heavy price, losing a career in public service that he treasured. The settlement amount incorporating his badge number—3940—speaks volumes about how badly he was wronged, and will enable him to move forward. Voters should always hold accountable all those who violate the Constitution, retaliate—and then aren’t truthful about it.

Mayor Togliatti was voted out of office by Independence voters in 2018. But he was elected to Independence City Council in 2021. Chief Michael Kilbane retired in 2021 and now touts himself as an "Instructor and Internship Coordinator" at the University of North Florida. Gregory J. O'Brien remains law director of Independence.