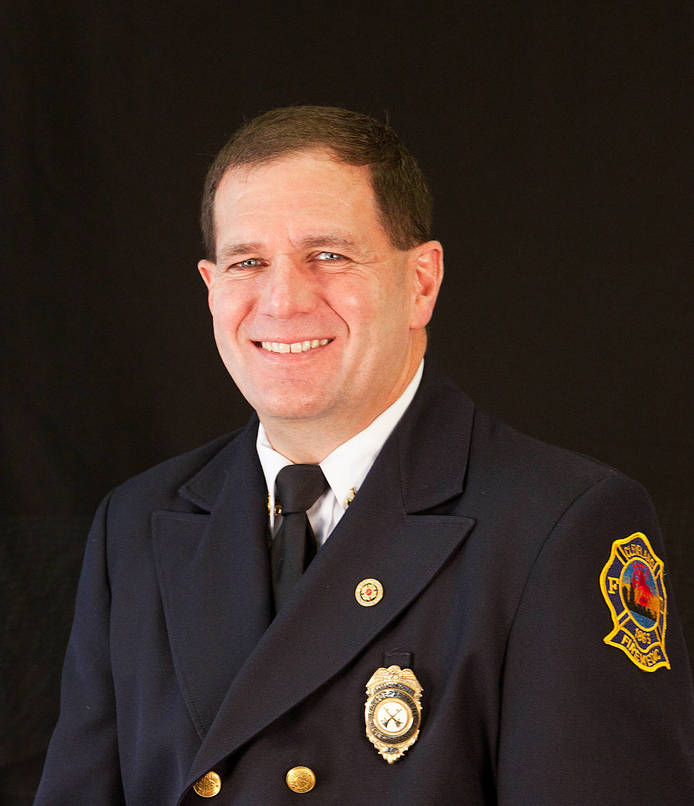 DeCrane's complaint alleges that Eckart led a years-long campaign to retaliate against DeCrane based on the mistaken belief that DeCrane had leaked information to Cleveland.com reporter Leila Atassi. In the summer of 2013, Atassi wrote a story about former-Chief Daryl McGinnis lacking the required continuing-education credits to maintain his EMT-B certification, which the Division of Fire requires of all employees. Chief McGinnis was relieved of his duties and retired a few weeks later.

The complaint alleges that even though DeCrane did not tip off the media about McGinnis's lack of training, DeCrane had told Eckart about the deficiency before McGinnis was appointed fire chief in January 2013, when Eckart still had time to avert embarrassment over McGinnis's lack of qualifications. The complaint alleges that Eckart dismissed DeCrane's concerns and later simply assumed DeCrane was to blame for the leak. The complaint goes on to allege that Eckart began a vendetta to punish DeCrane in retaliation for supposedly outing McGinnis as unqualified.

The complaint alleges a variety of retaliatory actions by Eckart and others acting at his behest (particularly Chumita and Votypka) including:

The complaint alleges the retaliatory conduct constructively discharged DeCrane from employment, as he could no longer bear it. But the complaint also alleges how Chief Angelo Calvillo abruptly ordered the shut down of DeCrane's "last day""―a Fire Division tradition where retiring members receive well-wishers at an informal gathering at their fire station as they depart. Chief Calvillo is alleged to have stormed into the gathering, demanded to know who had organized it, then ordered one of his assistant chiefs to break up the party.

The complaint alleges that DeCrane complained repeatedly to City supervisors-including Safety Director Michael McGrath and former-Chief Patrick Kelly, who did nothing to investigate, remedy the retaliation, or protect DeCrane from Eckart's misplaced wrath. DeCrane alleges that this created a custom, policy, or practice of indulging retaliation, making the City liable.

Until, as the complaint alleges, Eckart blamed DeCrane for leaking the McGinnis story, DeCrane had enjoyed a long and distinguished career in the fire service. For years, he has been involved in the national and international fire communities including working on drafting the worldwide fire code and developing cutting-edge technologies to achieve safer and more effective fire prevention and suppression. He has served as the keynote speaker at numerous fire-industry events and has received various awards and accolades for his dedication and commitment to his field.

Subodh Chandra, DeCrane's lead counsel, said, "Retaliation for exercising the right to free speech violates the First Amendment―even if the person did not actually engage in the speech. The City has needlessly driven from its ranks a dedicated public servant and leader in the international fire-fighting community."

The suit, captioned DeCrane v. Eckart, et al., was filed in the U.S. District Court for the Northern District of Ohio. The complaint alleges violations of the First and Fourteenth Amendment to the U.S. Constitution, false light invasion of privacy, and intimidation by using false writings.