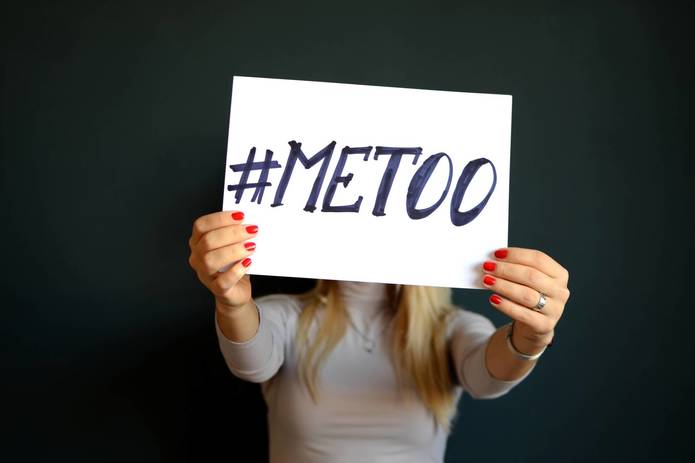 The #MeToo movement empowers the victims of sexual harassment and abuse to come forward, and turn a public light on their abusers. As the movement progresses, it leads to more companies settling sexual-harassment-and-abuse claims outside of court. This compensates victims quicker and less painfully than extended litigation.

Until recently, companies could “write off” or list as an itemized deduction the money spent on settlement, including associated attorney’s fees. It was just considered an ordinary business expense.

But in December 2017, Congress adopted what has become known as the “Weinstein Tax,” so dubbed for Harvey Weinstein, the Hollywood mogul whose reported sexual harassment helped propel the #MeToo movement.

(1) is “related to” sexual harassment or abuse and

(A non-disclosure agreement buys one or both parties’ silence about the agreement itself and the events that led up to it—that is, the harassment allegations.)

On its face, this new tax-code provision removes a financial benefit from alleged perpetrators of sexual violence, and seemingly disincentivizes companies from shuffling the misconduct of employees under the rug as just another “business expense.”

The rationale is well intended. Proponents want to bring abusers out into the open to face the consequences of their actions, to free victims to speak up and out, and to protect future victims from the same abusers. Society will benefit, they say, if non-disclosure agreements are disincentivized.

Unintended consquences include companies may be willing to pay less for settlements.

But there are potential unintended consequences of the Weinstein tax that do not bode well for sexual-harassment victims.

First, in our experience negotiating numerous settlements in and litigating many sexual-harassment cases, both before and after filing lawsuits—and right or wrong—it is harassers’ desire for a non-disclosure agreement that generally makes sexual-harassment suits valuable and prompt settlements possible.

This is sad, but it is true. What generally drives the perpetrators and their companies is their desire to keep things quiet. From their families, from the public, from co-workers—from everyone. So silence is victims’ biggest bargaining chip.

Second, with sexual-harassment settlements containing non-disclosure agreements being non-deductible, companies will likely “do the math” and devalue what they’d be willing to pay to settle sexual-harassment claims without the additional financial benefit of a tax deduction. They might be more likely to fight claims in court if that financial benefit isn’t there. In our experience, businesses are bottom-line oriented and only willing to allocate so much toward a settlement. They trade off the cost of litigating, paying attorneys, etc. up against the value of settling. Because settlements with NDAs are now more costly because there is no deduction, many businesses will reduce the amount they are willing to pay victims accordingly to take the loss of deduction into account.

Third, many sexual-harassment-and-abuse victims want privacy after enduring what they have endured. An NDA gives them that. The Weinstein tax forces those who want to keep the experience private to choose between their own privacy, and the full amounts they deserve (which again, companies may devalue).

When we are engaged in settlement negotiations in sexual-harassment cases, we do not raise the existence of the Weinstein tax. If the opposing parties or counsel are unaware of it, let them pay the tax consequence of insisting on an NDA. If they are aware of it, let’s see what effect that has on their valuation of the case. Of course, if our client insists on not having an NDA—openness the tax is trying to incentivize, then we will fight for our clients. But clients must understand that the harassers’ and their companies’ hunger for an NDA is the biggest leverage sexual-harassment victims have to get a good, early settlement.

It’s why, more often than not in sexual-harassment cases, with our clients’ blessing, we reach out to perpetrators and their companies before suit is filed to see if they want to resolve the matter. With rare exception, it’s often the biggest moment of leverage in such cases, before allegations have been filed publicly.

One other potential wrinkle with the Weinstein tax on sexual-harassment settlements has been resolved. The new tax law’s language is broad and appears on its face to apply to both plaintiffs and defendants. That would seem to result in victims having to report and pay income tax on, as part of their taxable income for the year tax, the attorneys’ fees that they had to pay in connection with obtaining their settlement. Fortunately, the IRS now suggests this is not the case.

As the IRS explains, Congress placed the Act in the itemized deductions portion of the tax code. This means that the Act applies after adjusted gross income is calculated. Before that calculation, 42 U.S.C. 62(a)(20) removes from income any attorneys’ fees paid “in connection with any action involving a claim of unlawful discrimination.” Under the Act, plaintiffs are not taxed on the attorneys’ fees recovered from an unlawful-discrimination lawsuit, while defendants cannot include the settlement and fees as an itemized deduction.

You are not alone. Call The Chandra Law Firm LLC today.

In sexual-harassment cases, there is no substitute for skilled, experienced representation. Our lawyers are ready to help you in your fight for justice.

You can reach our firm, which serves clients throughout Ohio and the nation, by calling 216-578-1700 or by filling out our online contact form. One of our intake specialists will take detailed information for attorney review. They are highly trained at obtaining the information needed to properly evaluate your case.

At Chandra Law, your case in our case.®

Sexual-harassment victims’ dilemma: to record or not to record?