Complaint says former commissioners forced operations supervisor Michael Conway to declare “wet” runways “dry,” and retaliated against him when he reported this to the FAA and Chicago’s Inspector General. Both agencies substantiated Conway's allegations. 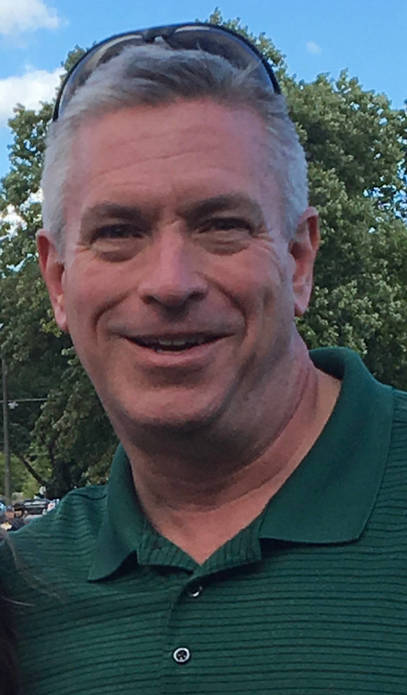 Michael Conway. Whistleblower to passenger-safety misconduct by officials in the Chicago Department of Aviation.

Conway’s complaint describes how, when he was inspecting the Midway airfield on the morning of February 17, 2018, Simos called him from home to ask about runway conditions. When Conway responded that they were “Clear/Wet” and had been reported as such, Simos instructed him to change his report to “Clear/Dry.” Conway knew that would be a misrepresentation—and a violation of FAA regulations—and initially refused to comply. But Simos was adamant: the instruction was a “direct order” from managing deputy commissioner O’Donnell, Simos threatened, and was needed to help out Southwest Airlines. Over the following months, Conway witnessed other operations personnel being ordered to make similar misrepresentations.

After enduring retaliation for initially refusing Simos’s order, Conway in September 2018 reported the events to the FAA and to Chicago’s Office of Inspector General, both of which commenced investigations.

That’s when the retaliation began in earnest, the complaint alleges. O’Donnell fabricated “violations” Conway had not committed, and imposed arbitrary and unwarranted discipline, including suspensions. She also stripped Conway of his “red stripe”—which had permitted him, as his job routinely required, to drive on the “movement areas” of the airfield—and of most all his job duties. She and others banned him from the office and assigned only menial tasks, such as inspecting parking lots and watching airplanes pull away from the gates.

The complaint alleges that other employees were instructed not to talk or interact with Conway for any reason; some were even commissioned to “tail” Conway and report his whereabouts and doings.

The FAA completed its investigation in or around November 2019, notifying Conway that its “investigation substantiated that a violation of an order, regulation or standard of the FAA related to air carrier safety occurred.” Its report completely confirmed Conway’s account of the February 17, 2018 events, “determin[ing] that it is likely that airport management directed staff to change airfield conditions without on-site airfield verification on February 17, 2018” and that Simos had lied to the FAA about having obtained such verification.

The FAA was able to reach these conclusions despite what it described, in a sternly worded letter to the City, as the Aviation Department’s “somewhat uncooperative stance [,which] continued throughout the investigation, with slow turnaround times on some requests and, at times, contentious exchanges between CDA and FAA personnel.” While “MDW management put significant effort into defending its personnel and procedures,” the agency noted, “it was not apparent to the FAA that a similar level of effort was going into investigating whether the concerns brought forward in the employee’s complaint were valid.”

Nor did the Aviation Department’s culture of intimidation and retaliation, with its “potential negative effect on safety,” escape the FAA’s notice. “[T]he vast majority of employees the FAA interviewed requested anonymity out of a fear of retaliation,” the agency noted. And it was significant that “the CDA employee who originally contacted the FAA [i.e., Conway] felt it was necessary to raise the underlying concerns with the FAA only and not also with MDW management.” “Employees,” the FAA admonished, “must always have an opportunity to convey safety concerns without fear of retaliation.”

Chicago’s Office of Inspector General issued an equally forceful rebuke of the Aviation Department in its second-quarter 2020 report, published in July. The OIG found that Simos “disregarded crucial federal safety protocols” when he ordered a wet airfield to be declared dry “following a call from a private airline [Southwest Airlines] requesting that the airfield conditions be changed due to financial motivation.” Elaborating on Southwest’s financial motive, the OIG observed that “the airline could not include as many passengers on planes landing on a wet airfield at MDW as are permitted for dry conditions, and the airline would therefore lose money if the airfield conditions were not altered.”

As had the FAA, the OIG determined that Simos had “lied … by falsely claiming to have verified the airfield conditions by contacting a different AOS [airfield operations supervisor],” noting that “phone records and recorded phone calls at CDA revealed that the deputy commissioner did not speak with a different AOS prior to ordering the AOS [Conway] to change the conditions.”

The OIG recommended that Simos be terminated and placed on the City’s “ineligible for rehire” list. Simos “retired” on April 22, 2020 to avoid the OIG-ordered termination. O’Donnell “retired” on July 30 of last year immediately after the FAA, which had been investigating Conway’s complaints, completed its annual airport-certification process.

Conway’s counsel, Donald Screen, commented, “It is critical, particularly in the air-travel arena, that safety violations be taken very seriously, and that those with knowledge of wrongdoing feel free to notify appropriate authorities without fear of retaliation. As two government agencies have now found, our client absolutely did the right thing in reporting Midway’s dangerous practices. But he paid a dear price for his courage and is now entitled to seek justice.”

The case, captioned Conway v. City of Chicago, Costas Simos, and Erin O’Donnell, was filed in the United States District Court for the Northern District of Illinois, Case No. 20-cv-04966, and is pending before U.S. District Judge John Z. Lee. The complaint is available here.

Michael Conway’s whistleblower complaint before the Occupational Health and Safety Administration (OSHA) under the Wendell H. Ford Aviation Investment and Reform Act for the 21st Century, known as Air 21, is pending.

Screen and Subodh Chandra of The Chandra Law Firm LLC in Cleveland, and Jamie S. Franklin of the Chicago-Kent College of Law, represent Michael Conway.

The Chandra Law Firm previously represented Abdul-Malik Ali, a whistleblower at Cleveland’s Hopkins International Airport, under similar circumstances. That matter resulted in OSHA awards and a settlement of First Amendment–retaliation claims totaling over $521,000, plus hundreds of thousands of dollars in penalties imposed by the FAA on the City of Cleveland.

OSHA finds City of Cleveland and its officials illegally retaliated against Airport whistleblower...