The email from Acting Prosecuting Attorney Gina DeGenova reinstating Morrison raises more troubling questions about cover up than it answers about how he was fired—and flatly contradicts statements from Commissioners Anthony Traficanti and David Ditzler. 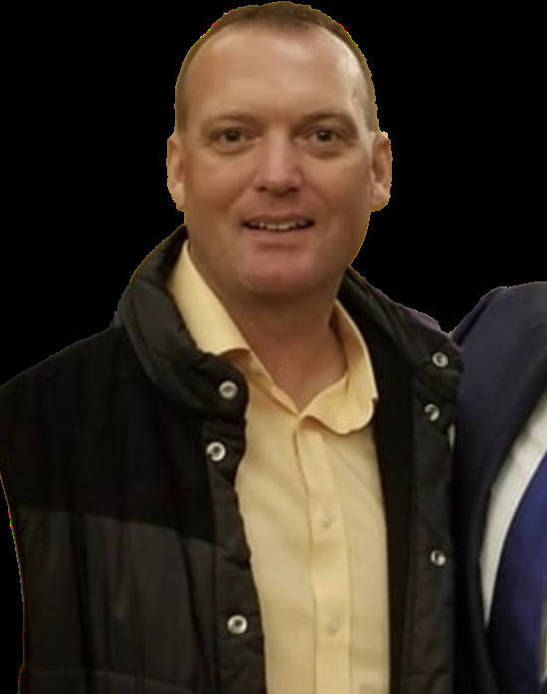 Ricky Smith in 2021, before his cancer diagnosis.

Morrison had been fired on December 2, 2022, as the Christmas season began. The firing, which appeared to be First Amendment retaliation, followed Morrison's November 28 attendance as a private citizen at a Mahoning County Board of Elections meeting to support the county-commissioner candidate who was challenging incumbent Commissioner Carol Rimedio-Righetti.

Chandra Law Firm Managing Partner Subodh Chandra had demanded in a December 9 letter to Commissioners, forwarded to DeGenova that day, that Morrison be reinstated because, as a cancer patient, he was enduring "irreparable harm" over the loss of his county-provided health insurance. Morrison had an exemplary work record.

DeGenova's December 13 response email claims that Morrison’s termination was “void ab initio,” meaning void from its inception, and instructed Morrison to return to work the next day.

But DeGenova went further. DeGenovo claimed to have performed an "investigation" and exonerated the County Commissioners from any role in Morrison’s termination. She blamed County Administrator Audrey Tillis for supposedly having acted alone and without authority to do so.

DeGenova said nothing about whether Tillis would face discipline for her actions.

Upon receipt of your correspondence, as Prosecutor, I conducted an investigation into the circumstances surrounding the December 2, 2022 “termination” of your client, Ricky Morrison. My investigation revealed that the decision to terminate Mr. Morrison was made by the county administrator, not the Board of Commissioners, and that that [sic] the county administrator’s action was not politically motivated.

A Board of County Commissioners may only act as a Board and through formal resolution. Because Mr. Morrison’s “termination” was initiated by the county administrator and no Board action was taken, Mr. Morrison’s “termination” is void ab initio. The Commissioners will not ratify the action taken by the county administrator. Accordingly, please notify Mr. Morrison that he should report to work tomorrow, December 13, 2022. He will suffer no loss in pay or interruption of health care benefits.

She send her statement to various news media. Despite claiming to have performed an investigation, DeGenova failed to provide any details like to whom she spoke and what documents she reviewed. She never asked to speak with Morrison as part of her supposed “investigation," which one would have expected.

DeGenova's claim that “the decision to terminate Mr. Morrison was made by the county administrator, not the Board of Commissioners…” directly conflicts with Commissioner Traficanti’s reports to multiple people, including Morrison and his wife, that Commissioners Rimedio-Righetti and Ditzler both voted in a secret, non-public meeting to fire Morrison, under Traficanti’s heated opposition.

DeGenova's claim that Morrison's firing “was not politically motivated" directly conflicts with Commissiioner Traficanti’s statements to the Morrisons and others that the termination was motivated by Ricky Morrison’s support for and association with Commissioner Rimedio-Righetti’s challenger at the November 28, 2022 elections-board meeting.

Subodh Chandra, Mr. Morrison's lead counsel, said, "In my experience including as a former Cleveland law director, a typical lawyer who recognizes the County’s liability exposure in Ricky's case—and the terrible optics here—would arrange to reinstate Ricky but wouldn’t go out on a limb asserting dubious facts that contradict what their own clients—Commissioners Traficanti and Ditzler—are saying and then even scapegoat another client—County Administrator Tillis."

"This is strange behavior," Chandra added.

DeGenova was appointed by the Commissioners in November 2022 as acting prosecuting attorney. She needs the Commissioners’ continued support in her bid to obtain the permanent appointment from the Mahoning County Democratic Party at their scheduled January 7, 2023 meeting, for the remainder of the term prematurely vacated by former Prosecuting Attorney Paul Gains, who resigned under a cloud from the previous Desmond retaliation litigation brought by this firm.

DeGenova's email raises question for which Chandra Law is seeking answers through public-records requests and other methods:

Acting Prosecuting Attorney Gina DeGenova needs the Commissioners' continued political support as she faces a decision by the Mahoning County Democratic Party officials on January 7, 2023 about whether she will receive a permanent appointment to fill the remaining unexpired term of former prosecutor Paul Gains.

Chandra added, "Ricky Morrison wishes all of the guilty county officials would just come clean, admit what they did, and publicly apologize. The underlying retaliation and apparent cover up are serious enough that we must get to the bottom of this. This fight isn't over. Something just doesn't smell right here."

"We invite anyone who has relevant information to contact us at MahoningCountyMisconduct@ChandarLaw.com or 216.578.1700."

UPDATE 12/23/22: Morrison has filed a lawsuit with claims for First Amendment retaliation and civil damages for various criminal acts, including bribery and intimidation: https://www.chandralaw.com/blog/cancer-stricken-mahoning-county-worker-ricky-morrison-files-first-amendmentretaliation-suit-against-commissioners-acting-prosecutor-gina-degenova-coun

Chandra Law has experience obtaining justice for victims of First Amendment retaliation, including public employees. If you think that your rights have been violated, you may contact us to discuss your options.

You can reach our firm, which serves clients throughout Ohio, by calling 216-578-1700 or, better yet, by filling out our online contact form.

[1] Resolution 20-03-029 dated Mar. 26. 2020 at 2 (“BE IT FURTHER RESOLVED, that the Board of County Commissioners, pursuant to its authority granted by R.C. 305.29, hereby appoints Audrey Tillis to serve as County Administrator during this time of emergency and, pursuant to R.C. 305.30, hereby delegates to her and authorizes her to take any and all action, and to exercise all powers granted under R.C. 305.30, as she determines to be necessary for the continuity of county operations during this time of crisis.”).