Letter from Rice family's counsel demands that Barr explain why his department politically interfered with career prosecutors' recommendations that the Justice Department convene a grand jury to investigate the Cleveland police shooting of Tamir Rice. 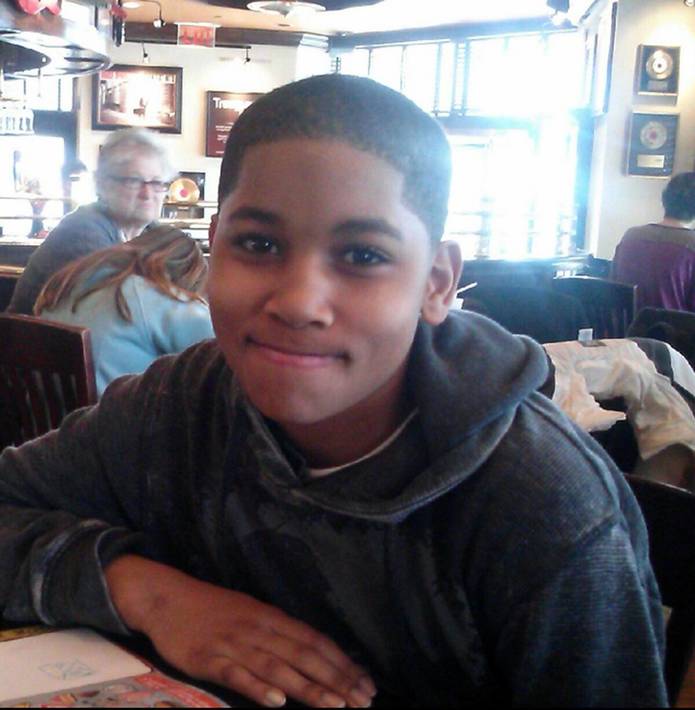 Specifically, the letter demands that Barr and Dreiband

(1) Confirm that the Department of Justice has no intention to provide the Rice family with justice, and provide a full account of what internal recommendations about investigation and prosecution of the officers were made by whom, why internal review took so long, and who was responsible for the delay and any decisions not to convene a grand jury or prosecute;

(2) Explain why the Department of Justice did not communicate these decisions to Ms. Rice through her counsel, despite her right under 42 U.S.C. § 10607(c)(3)(A) and (e)(2)(B)(3) to notice of the status of the investigation, and her right under Ohio law to be treated with dignity and respect;

(3) Provided unredacted copies of the internal memoranda recommendations to supervisors and attachments from the career prosecutors (the newspaper articles referenced two memoranda);

The letter protests "the specter that this administration unduly delayed decision-making and politically interfered with the reasoned judgment of career, line prosecutors." And it notes as "understandable" the fact that "the line prosecutors reportedly resigned from Department of Justice service... if this administration did not allow them to render civil-rights justice in such an important case."

The letter further condemns the fact that "no Department of Justice official has had the courtesy or decency" to inform the Rice family and their counsel about these developments or "explain what happened, thus further torturing the Rice family in their despair and grief. Counsel "had to learn about this from the media."

"It appears," the letter observes, that "the Department will allow the federal statute of limitations for obstruction of justice to lapse on or about December 1, 2020, despite multiple efforts from career prosecutors to convene a grand jury."

This is no way to treat victims of crime. Indeed, under 42 U.S.C. § 10607(c)(3)(A) and (e)(2)(B)(3) and the Attorney General’s Guidelines for Victim and Witness Assistance, Ms. Rice had the right to “notice of the status of the investigation of the crime.” And under Ohio’s Constitution, crime victims like the Rice family are entitled to better treatment by prosecutors, with among others: (1) the right to be treated with respect, fairness and dignity throughout the criminal-justice process, and (2) the right to be notified in a timely manner of major proceedings and developments in the case. While this behavior is at least consistent with this administration’s other open efforts to undermine the rule of law in America, it is doubly devastating to this grieving family.

Explaining the demand that Barr provide the career prosecutors' memoranda recommending prosecution, the letter states that there is "still one year left for the statute of limitations in Ohio on potential obstruction-of-justice charges, which the career prosecutors reportedly contemplated for the officers. If you won’t secure justice for the Rice family, please give them the benefit of the career federal prosecutors’ investigation and thinking, so they can seek justice from the State of Ohio."

If Barr refuses to cooperate with the request for information, the letter promises: "we will renew our request with the next administration."

In the letter, Rice family counsel Subodh Chandra observes from his personal experience as a former federal prosecutor, "As you know, it is extremely unusual for political supervisors at the Department of Justice to overrule career prosecutors’ recommendations about prosecution. I cannot think of a single time it happened in my own career as a prosecutor, or in doing internal investigations and defense work."

Chandra adds, "The overarching injustice and cruelty of this situation is that the statute of limitations is going to run about two months before the seating of a new administration that would allow the career prosecutors to do their jobs. Whether the Department of Justice pursues or denies justice should not depend on the whimsical, capricious, and political grounds apparent here."

"We are dismayed that—in the analysis of career prosecutors—sufficient evidence exists to pursue a grand-jury investigation, but that politics trumps the law," the letter states.

The letter requests a response by December 4, 2020, and asks that United States Attorney for the Northern District of Ohio Justin Herdman assist the Rice family in securing cooperation with its requests.

The letter can be found here. It is signed by Subodh Chandra and co-signed by co-counsel Zoe Salzman of New York and Billy Joe Mills of Chicago.

Chandra's previous statement regarding the news reports of political interference with the Department of Justice's Tamir Rice investigation can be found here.

Tamir Rice's mother Samaria Rice said of these developments, "I'm disappointed not only that this administration refused career prosecutors' recommendations that a grand jury investigate the murder of my son, but also violated the law and Department of Justice policy by not telling me about it. This was sad and hurtful."