Cleveland always denied grieving mom Samaria Rice any say in whether her son's killer Timothy Loehmann—found to have lied on his job application—should ever again be entrusted with a badge and gun. Now she is speaking up. 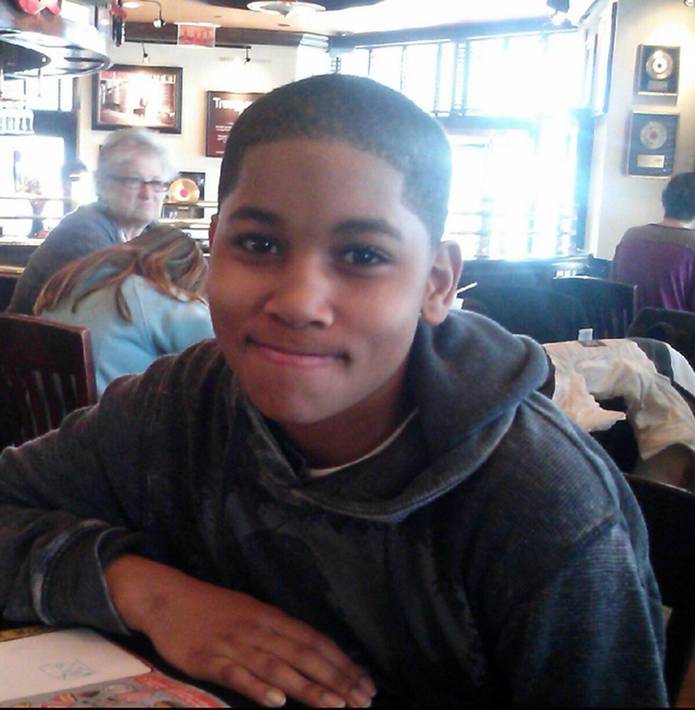 The tragic events of November 22, 2014 demand retelling. It is a day that Ms. Rice cannot forget, and our nation continues to grapple with the devastating and disproportionate impact that police violence continues to have on communities of color. On that November day, Tamir was playing with a toy pellet gun in a park near his home. As a Cleveland police car drove at high speed into the park, the toy wasn’t visible and no one else was around. But as the squad car approached and was still rolling, Officer Loehmann jumped out of the car and immediately shot Tamir. The bullet to Tamir’s stomach ended his life.

Despite the destruction that Officer Loehmann inflicted on her son, Samaria Rice and her family have been completely locked out of the proceedings related to the discipline of Officer Loehmann. As attorney Subodh Chandra explains in the amicus brief:

Despite Ms. Rice’s crime-victim status and her repeated pleas to be updated with information, the City of Cleveland completely locked her and her family out of every proceeding related to discipline of the officers responsible for killing her son. The Chief of Police never afforded her the courtesy of information about the status of Loehmann’s discipline. She had to learn about every development from news media.

The police union's pursuit of a jurisdiction appeal with the Ohio Supreme Court represents the first opportunity for Ms. Rice to be heard on the matter of Officer Loehmann’s discipline. The City of Cleveland fired Loehmann in May 2017—not for slaying 12-year-old Tamir, but for lying on his employment application to be a member of law enforcement. The CPPA filed a grievance contesting the firing, which was dismissed by an arbitrator in a 36-page decision. The CPPA has continued to appeal that decision, now seeking a discretionary appeal with the Ohio Supreme Court.

The legal issue the CPPA attempts to put before the Ohio Supreme Court is a technical procedural question of little public interest. It concerns the the issue of whether the CPPA properly served its application to vacate the arbitrator’s decision. The CPPA, as the Eighth District Court of Appeals held, failed to properly serve the application and thus failed to meet a mandatory jurisdictional requirement for appealing the arbitrator’s decision.

Ms. Rice opposes and condemns the CPPA’s shameful effort to seek the reinstatement of her son’s killer. Loehmann’s termination represents a meager shred of vindication to Ms. Rice and her family, as it ensures that Officer Loehmann is no longer in a position to cause further pain to others. As Chandra writes, “Officer Loehmann shot 12‑year-old Tamir without waiting even a second to process the situation or consider the devastating consequences of his actions.” Chandra continued, “His sense of entitlement after not just killing a child but lying to become a police officer should not be rewarded. He was, and remains, unfit to serve as a police officer, in Cleveland—or anywhere else.”

Samaria Rice added, "Timothy Loehmann can't be trusted. I hope that the Supreme Court does not give him a chance to get back his job. The fact that the Cleveland police union is still trying to get him his job despite him killing my child and lying on his application to become a police officer shows you just how immoral that organization's leadership is."

Subodh Chandra and Patrick Haney represent Ms. Rice in connection with her amicus brief, which can be found here.