Complaint alleges that a GEICO phone representative laughed upon learning the couple was married and failed to give them joint insurance coverage. 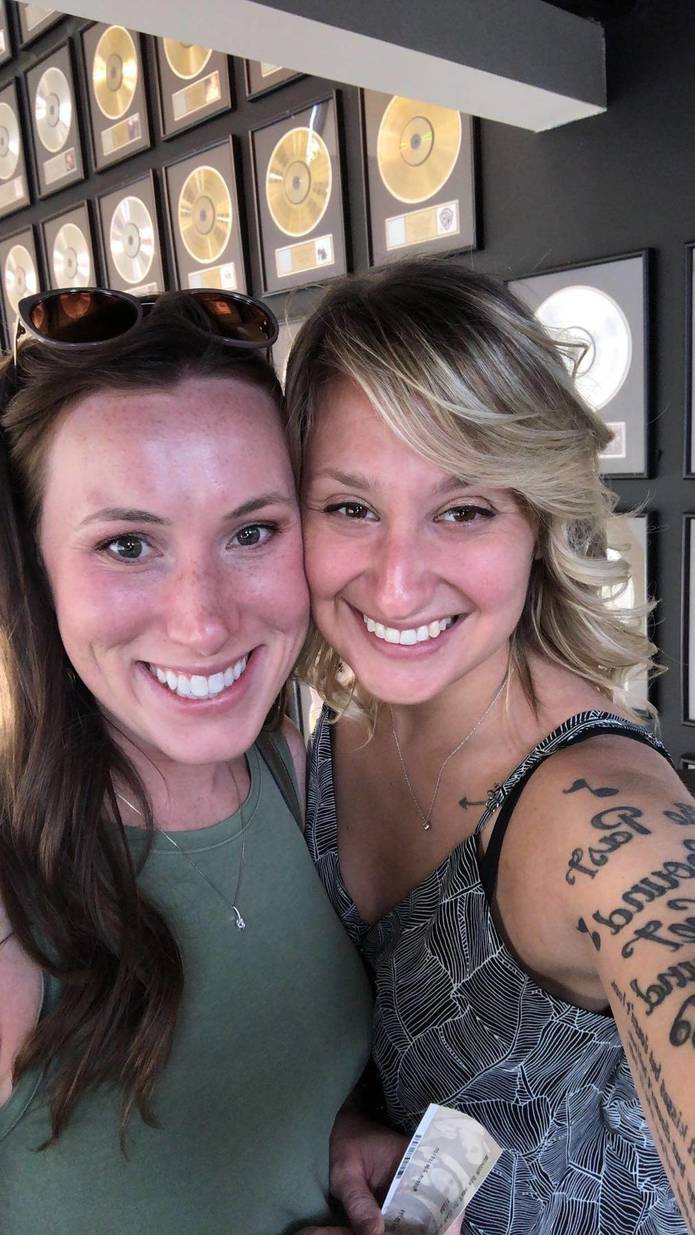 Cleveland, OH – Today, Lisa and Brittnay Miktuk, a married Cuyahoga County couple, filed the first-ever, LGBTQ-discrimination complaint with the Cuyahoga County Human Rights Commission, established in September 2018 by a historic county human-rights ordinance. The Miktuks’ complaint alleges that GEICO Insurance Co. discriminated against the couple based on their sexual orientation. The complaint alleges that a GEICO agent refused to acknowledge, and indeed mocked with laughter, the couple’s married status as they sought an auto-insurance quotation.

The complaint, filed by Chandra Law, is believed to represent the first time any business, local or national, has been held to account in Cuyahoga County for LGBTQ discrimination.

Lisa and Brittnay Miktuk were legally married in 2016, the year after the U.S. Supreme Court’s landmark Obergefell v. Hodges decision, which held that Ohio and other states can’t discriminate against same-sex couples seeking to be married. That decision followed the Supreme Court’s 2013 decision in United States v. Windsor, which held that the federal government’s so-called “Defense of Marriage Act” barring recognition of same-sex marriages unconstitutionally deprived LGBTQ couples of equal liberty under the law. 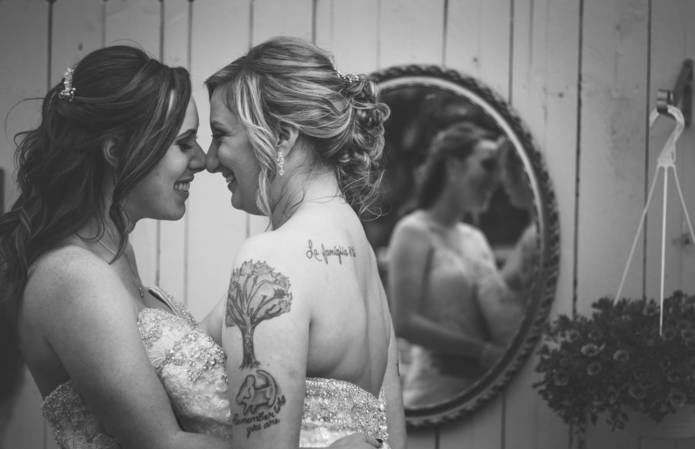 Brittnay and Lisa Miktuk on their wedding day in 2016, one year after the U.S. Supreme Court declared Ohio's and other states' discriminatory, anti-LGBTQ-marriage laws unconstitutional, thanks to fellow Ohioan Jim Obergefell.

The Miktuks’ complaint alleges that on July 3, 2020, Lisa Miktuk called GEICO to request an insurance quote for the couple’s car. The GEICO agent asked Lisa for her husband’s name, to be added to the policy. When Lisa informed the agent that it was in fact her wife, Brittnay, to be added, the agent then questioned whether Lisa was actually married. The agent refused to acknowledge the Miktuks as joint policyholders, regardless of their status as legal spouses in Ohio.

Lisa asked to speak to a supervisor—and the agent, the complaint alleges, laughed at her.

The complaint alleges that the agent forwarded Lisa Miktuk to a voicemail box, where she left a voicemail asking a supervisor to call her. But Lisa never received a returned call. She called GEICO again to report the incident, and the agent with whom she said the agent would speak to the company’s human-resources department.

Lisa was unable to obtain an auto-insurance policy from GEICO, much less one jointly with her wife Brittnay, because of the blatant discrimination she and her wife experienced.

The complaint requests that the County Human Rights Commission immediately subpoena recordings and related information from GEICO to ensure evidence—including audio recordings of the calls—is not destroyed, and to learn the GEICO agents’ identities.

The Cuyahoga County Human Rights Ordinance was the first Ohio county ordinance to explicitly outlaw discrimination based on sexual orientation, or gender identity and expression.

Subodh Chandra, the Miktuks’ lead counsel, said, “The anti-LGBTQ bigotry that Lisa and Brittnay Miktuk endured from GEICO is exactly the type of discrimination that the Cuyahoga County Human Rights Ordinance seeks to eliminate. If GEICO wants to do business in Cuyahoga County, it cannot discriminate against customers. We’re going to hold the company accountable.

On July 14, 2020, Chandra wrote GEICO’s general counsel before Chandra Law filed the Miktuks’ complaint to demand the company preserve evidence, explore resolution of the matter, and ask for confirmation of the request, but, Chandra says, “We heard crickets chirping in response.”

GEICO has faced claims of other forms of discrimination before, including based on sex and race.

On September 25, 2018, the Cuyahoga County Council voted 8 to 3 to adopt the County’s Human Rights Ordinance and establish the Human Rights Commission. (Councilmembers Nan Baker, Michael Gallagher, and Jack Shron voted against providing protection to LGBTQ residents through the Ordinance.)

The County Human Rights Commission’s mission is “to promote full civil and human rights in the County” and to “protect people from unlawful discrimination based on LGBTQ status alone and in combination with other protected attributes.” The Commission hosts informational events, advises the Cuyahoga County Council and Cuyahoga County Executive on human-rights issues, and reviews complaints and holds hearings and mediations for alleged violations of Cuyahoga County’s Anti-Discrimination Ordinance.

The Ordinance creates a remedy for victims of targeted and narrow-minded discrimination based on sexual orientation, like Lisa and Brittnay Miktuk. Victims of discrimination can seek injunctive relief and civil penalties against the offending company.

Subodh Chandra, The Chandra Law Firm LLC’s managing partner, advocated publicly for the Ordinance’s adoption. At the September 25, 2018 County Council public hearing on the Ordinance, Chandra explained that that the Commission would finally provide much-needed protection to LGBTQ community members. He explained that Chandra Law, as a civil-rights law firm, had been forced to turn away countless victims of discrimination because federal and state lawmakers refuse to provide protection, and that Cuyahoga County had an opportunity to protect its own citizens. Chandra’s impassioned statement to the Council supporting the ordinance can be found at 2:52:10 to 2:56:38 in this video of the September 25, 2018 Council meeting.

More on the public hearing and Mr. Chandra’s advocacy for the ordinance can be found in the article here.

The complaint can be viewed here.

Chandra Law represents many victims of various forms of discrimination and has counseled and represented clients in matters seeking to expand protection of the rights of lesbian, gay, bisexual, transgender, and queer people.

If you are experiencing discrimination based on LGBTQ or other legally protected status in employment or public accommodations, you may contact us through this contact form, or at 216.578.1700.

©2020 by The Chandra Law Firm LLC. All rights reserved.