The complaint alleges that Mr. Glaze had completed his sentence and was asking jail staff to call the booking department about his release. As the jail went on red zone—a practice of locking people in their cells for up to 23 hours at a time due to understaffing and overcrowding at the jail—Mr. Glaze asked corrections officer Deleonte Brown to call booking. Mr. Glaze eventually asked Brown, per jail policy, to call a corporal to address Mr. Glaze’s concerns.

The complaint alleges that Corporal Damein Bodeker—who has since been promoted to sergeant—arrived and quickly escalated the situation, grabbing Mr. Glaze by the collar and pepper spraying him without any justification. 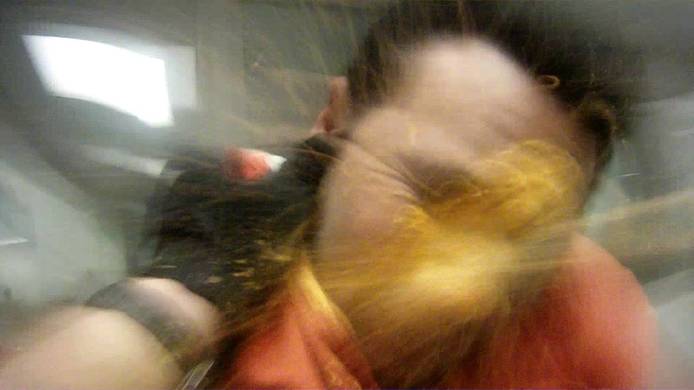 The complaint alleges that Bodeker and Brown then used additional unnecessary and excessive force against Mr. Glaze, including walking him into a metal door.

The complaint details how members of the jail’s Special Response Team (SRT) arrived and strapped Mr. Glaze into a restraint chair, laughing that the other officers “got you real good” and asking “how hot is it?”—referring to the pepper foam burning his face. The complaint alleges that SRT applied a spit mask without cause, making it harder for Mr. Glaze to breathe, and then ineffectively decontaminated him. The complaint describes how Mr. Glaze was not permitted to shower for days and experienced burning pain from the pepper-spray residue on his skin.

The complaint alleges that the jail staff’s response to Mr. Glaze’s suffering is indicative of jail staff being desensitized to the suffering of those in their custody. The complaint includes screenshots of Facebook posts from corrections officers Darriell Hayes and Katie Spragg joking about using pepper spray, including on children: 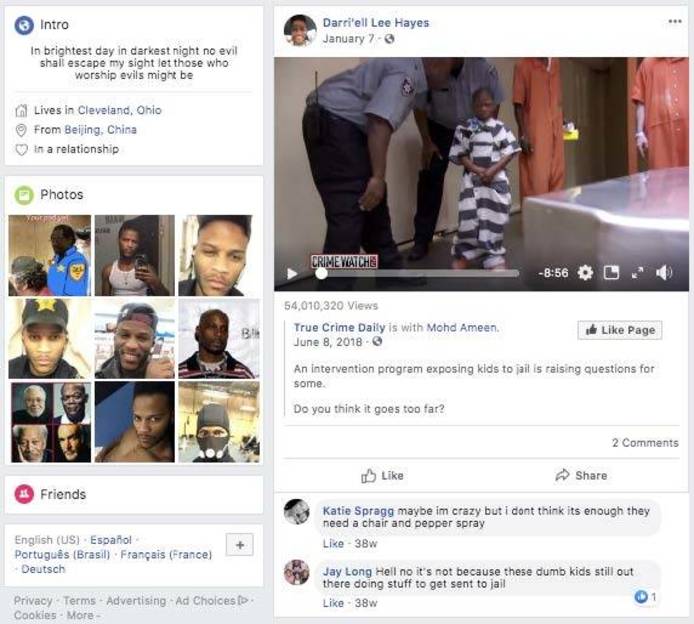 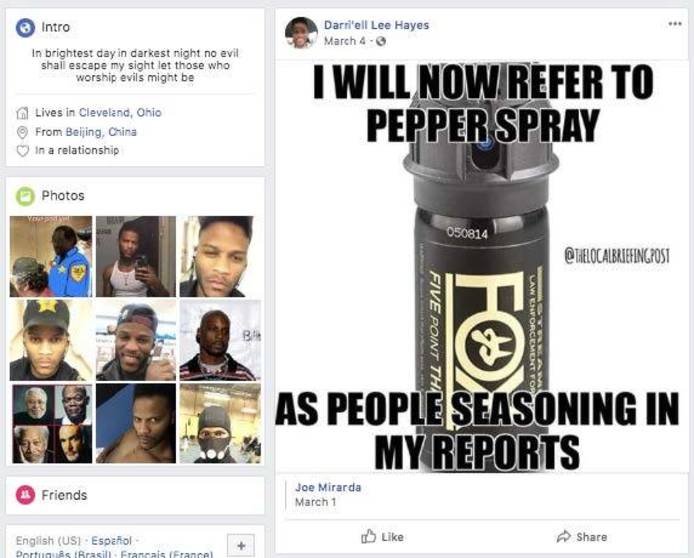 The complaint also alleges that the County, consistent with its practice in the jail, destroyed or failed to preserve records of the attack on Mr. Glaze. Video evidence obtained by public-records request depicts only a snippet of the attack.

A copy of Glaze's complaint may be found here.

Ashlie Case Sletvold, Mr. Glaze’s lead counsel, said, “The disaster at the Cuyahoga County jail is a human-rights crisis. We condemn the use of violence against those incarcerated who present no threat to themselves or others. Mr. Glaze and we are determined to hold Cuyahoga County and its corrections personnel accountable for the civil-rights violations they have perpetrated.”

This is the fifth lawsuit Chandra Law has brought against the County and its corrections officers this year over abuse, torture, and other misconduct in the jail. The others include:

The firm filed a sixth lawsuit against the County, Ken Mills, Armond Budish, MetroHealth, Akram Boutros, and Jane Platten alleging retaliation against Nurse Gary Brack, who blew the whistle on jail conditions to County Council and was swiftly removed from his position as nursing director.