Doctors want to contribute to campaign of Ohio's pro-health-insurance-reform attorney general Richard Cordray, but Ohio law bans them from doing so 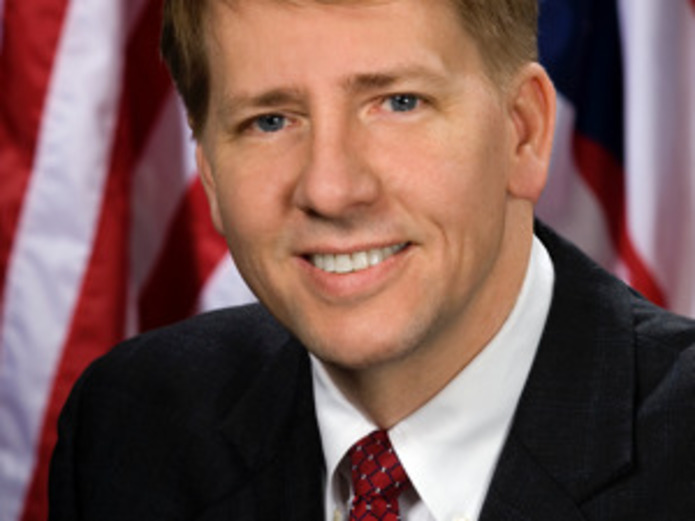 The doctors want to contribute to Ohio's pro-health-insurance-reform attorney general Richard Cordray, but Ohio law bans them from doing so.

CLEVELAND, OHIO — Today, nine Cleveland-area physicians who provide health care to patients in the Medicaid program filed suit in the U.S. District Court for the Northern District of Ohio to restore their right to Free Speech. The physicians are seeking an injunction on First Amendment grounds to keep Ohio's chief-elections officer, Secretary of State Jennifer Brunner, from enforcing an Ohio statute that makes it a crime for candidates for Ohio Attorney General and county prosecutor to accept campaign contributions from physicians who serve patients in the Medicaid program.

No candidate for the office of attorney general or county prosecutor or such a candidate's campaign committee shall knowingly accept any contribution from a provider of services or goods under contract with the department of job and family services pursuant to the Medicaid program of Title XIX of the "Social Security Act," 49 Stat. 620 (1935), 42 U.S.C. 301, as amended, or from any person having an ownership interest in the provider... Whoever violates this section is guilty of a misdemeanor of the first degree.

Furthermore, under general Ohio criminal statutes, financial contributions to Attorney General or Prosecuting Attorney campaigns from physicians treating patients in the Medicaid program could be viewed as aiding, abetting, participating in, and/or conspiring in a criminal act.

"Contributing to a political campaign is a constitutionally protected form of free speech and we only take away peoples' rights when they commit crimes," said Dr. Arthur Lavin, a Beachwood-based pediatrician who is the lead plaintiff in the case. "Medicaid is this country's largest source of funding for medical services for people with limited incomes. Why should I be treated like a criminal just because I want to make sure these people are healthy?"

Subodh Chandra, an attorney for the physicians who ran for Ohio Attorney General in 2006, offered one possible explanation. "The only conceivable reason to take away the free-speech rights of my clients and physicians like them is that the attorney general and county prosecutors prosecute Medicaid fraud, and accepting campaign contributions from Medicaid providers they may have to prosecute could create a conflict of interest," Chandra said. "But by that logic no one should be allowed to contribute to candidates for Ohio Attorney General and County Prosecutor, because it's possible that anyone might break the law and face prosecution. These doctors are being presumed guilty and punished for the 'crime' of healing patients with limited incomes. This is a clear violation of their First Amendment rights."

The plaintiffs in this suit are:

(Institutional affiliations are provided for identification purposes only and not to suggest institutional viewpoint.)

This case arose because the physician plaintiffs were all long-time advocates of reforming health insurance to ensure better quality and access to healthcare for all Americans. They were pleased when President Obama signed the Patient Protection and Affordable Care Act into law in March 2010 because the law, among other things, banned insurers from discriminating against patients for pre-existing conditions and permitted people to stay on their parents' policies until the age of 26.

According to lead plaintiff, Arthur Lavin, M.D., the physicians were all "baffled and dismayed" by former Senator Mike Dewine's pledge this spring to challenge health-insurance reform in federal court, but were pleased to hear current Ohio Attorney General Richard Cordray, a constitutional-law scholar, had refused to join the handful of attorneys general who had filed such a suit, and had expressed his support for the act. The plaintiffs decided to support Attorney General Cordray by contributing to his campaign and were shocked to learn that since they were Medicaid providers, contributing to his campaign would be a criminal act.

"We wanted to contribute to keep Mike Dewine from trying to take us back to allowing insurers to discriminate against patients," said Dr. Lavin, "and here we find we were being discriminated against ourselves, all because some of our patients pay their healthcare bills through the Medicaid program. It doesn't make any sense."

The federal suit, captioned Lavin, et al. v. Brunner, was filed on September 3, 2010 in the U.S. District Court, Northern District of Ohio, Eastern Division. In addition to Subodh Chandra, Donald P. Screen of The Chandra Law Firm, LLC; and J. Michael Murray and Raymond V. Vasvari, Jr. of Berkman, Gordon, Murray, and DeVan serve as co-counsel for the plaintiffs. The majority of Ohio's physicians are Medicaid providers, so their rights are also at stake in the suit.

This may surprise you, but lawyers have limited free-speech rights