Complaint alleges that Officer Kevin Jones attacked a child without provocation, and that responding officers failed provide first aid as the child bled on the Library steps.

CLEVELAND, OHIO - Today, Sabrina Robinson filed a civil complaint in federal court on behalf of her children, J.G. (age 17) and D.J. (age 12) regarding a November 7, 2016 incident at the Lakewood Public Library's Madison Branch.

The complaint alleges that Lakewood Police Officer Kevin Jones brutally assaulted J.G. without provocation: grabbing her, pushing her neck, shoving her into a book cart, putting her in a full nelson, and slamming her to the floor under his substantial body weight. J.G. suffered a dislocated jaw along with head and knee injuries. D.J. witnessed the attack on his sister. Both J.G. and D.J. continue to suffer severe emotional distress as a result of the attack.

The complaint alleges that on November 7, 2016, 17-year-old J.G. and her 11-year-old brother D.J. were sitting in the Library, quietly watching a video on D.J.'s laptop using headphones. Library surveillance video shows that Officer Jones aggressively approached J.G. and scolded at her to remove her feet from a chair. The video shows that J.G. complied, but, as the complaint alleges, Officer Jones continued to yell at J.G. and told her to leave the Library.

Outside the Library, J.G. bled from her mouth onto the concrete slab running alongside the stairs. Backup officers arrived shortly after the incident. But rather than protecting and providing first-aid to J.G., the complaint alleges that these officers were indifferent to J.G.'s serious medical needs and joked about clocking out early as she sat with a dislocated jaw bleeding on the ground. Rather than administer first aid or call an ambulance, Officer Jones used a water bottle to clean J.G.'s blood off the slab.

J.G. was eventually taken to Lakewood's Cleveland Clinic hospital, where doctors reset her dislocated jaw and she was treated for a head injury and contusion on her knee.

J.G. and her brother D.J. have been too frightened to return to Lakewood Library for fear of another attack by Officer Jones, who remains an active member of the Lakewood police force.

"What happened to J.G. should outrage every parent―indeed, any decent human being―in Northeast Ohio," said Subodh Chandra, J.G. and D.J.'s lead attorney. "As parents, we expect that our children will be safe at a public library and that library employees will protect them from violence, not attack them. There is no excuse for Officer Jones' actions. But it is also shameful that a group of Lakewood Police officers could arrive at the scene, see their colleague berate a bleeding child, and not protect the child or offer first-aid. What happened to J.G. highlights a profound failure in Lakewood to train officers to treat children with dignity and respect; and it shows how far we have to go for true police reform in Northeast Ohio."

J.G. and D.J.'s claims against Lakewood, Lakewood Library, and its police officers include alleged violations of the Fourth and Fourteenth Amendments of the U.S. Constitution, and state law claims for battery, and civil liability for criminal conduct, among others.

The case was filed in the United States District Court for the Northern District of Ohio.

The complaint may be read here. 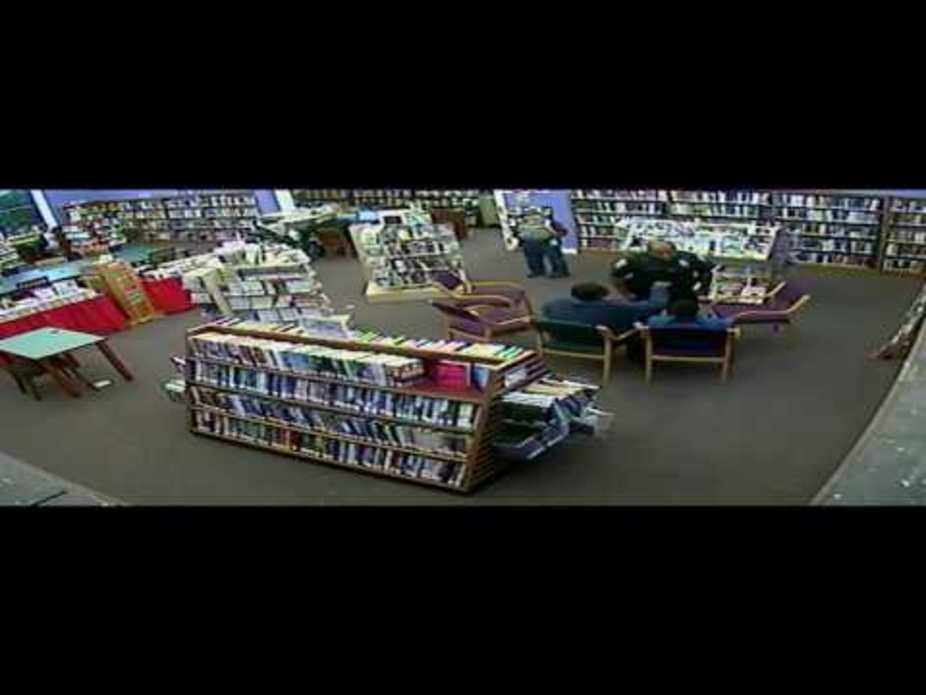 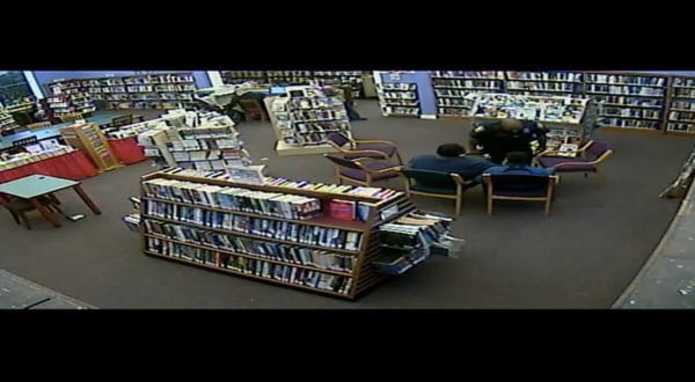 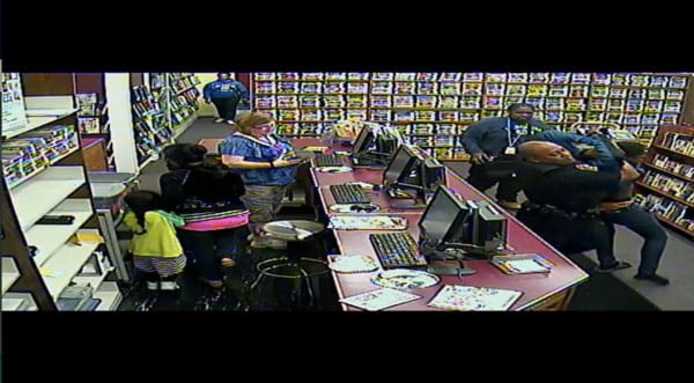 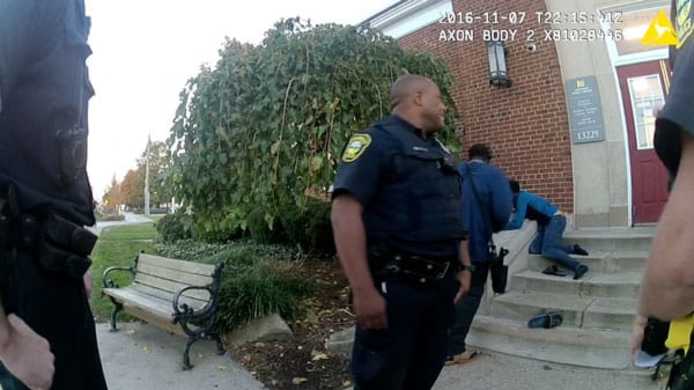 Lakewood police officers outside of library while J.G. bleeds 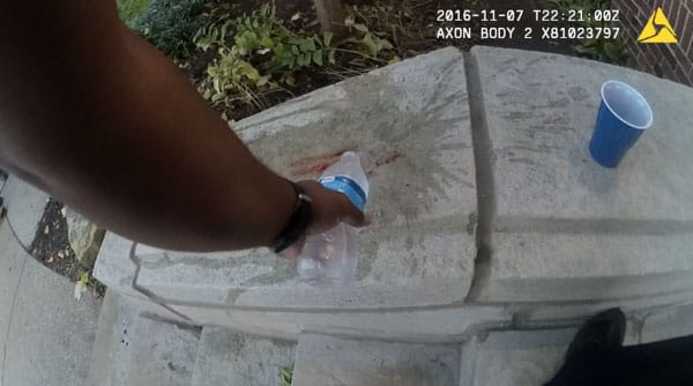