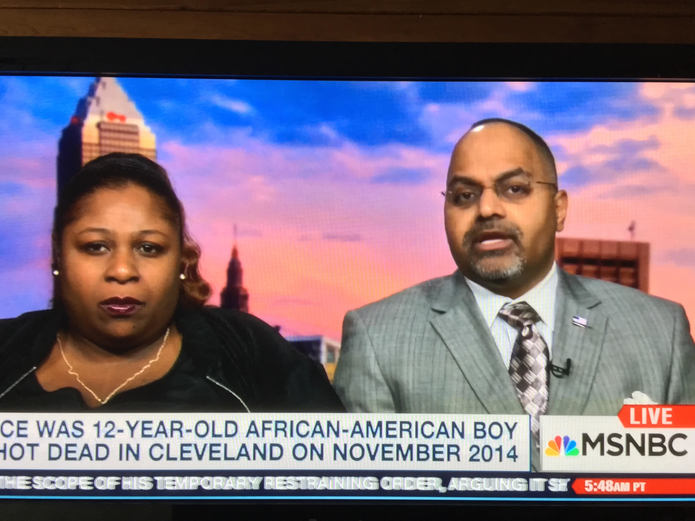 Cleveland, OH―On October 16, 2017 at 11:00 AM, Subodh Chandra, counsel for the family of 12-year-old Tamir Rice―who was slain by Cleveland police officers on November 22, 2014―will hold a press conference at his law firm to discuss Cleveland mayoral candidate Zack Reed's unabashed embrace of the endorsement of the Cleveland Police Patrolmen's Association and its president, Steve Loomis: 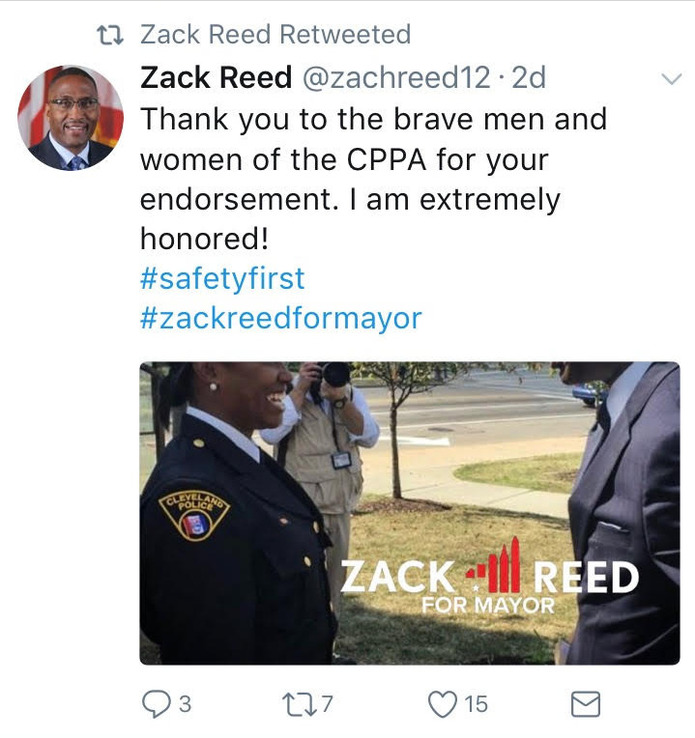 Chandra will be joined at the press conference by Samaria Rice, Tamir's bereaved mother and a powerful national symbol of, and advocate for, the vital need for ongoing police reform.

"I have had a positive relationship with both Councilman Reed and Mayor Jackson since my days as Cleveland's law director, and have been quietly neutral during this mayor's race," Chandra said. "But there are some political moments so dubious, revealing, and consequential that fundamental truths need to be told. Those moments strip bare who a person is. Reed's embrace of the police union's and Loomis's endorsement after Tamir's death, ignoring the union's bitter opposition to civil-rights enforcement and police reform, is just such a moment. The public needs to fully grasp the significance of Reed's conduct."

At the press conference, Chandra and Rice will explain the implications for both civil rights and responsible, bias-free policing if Reed is carried into office on the anti-reform police union's shoulders.

They will also issue a specific demand to Reed.

The press conference is open to credentialed members of the media only. Camera personnel should plan on arriving at 10:45 AM to allow for proper time for parking and camera set up. 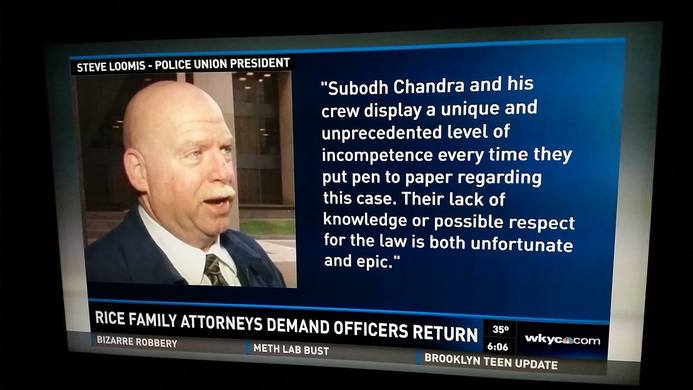