Broner was remanded on the spot for his second violation, after avoiding incarceration for sexual assault. 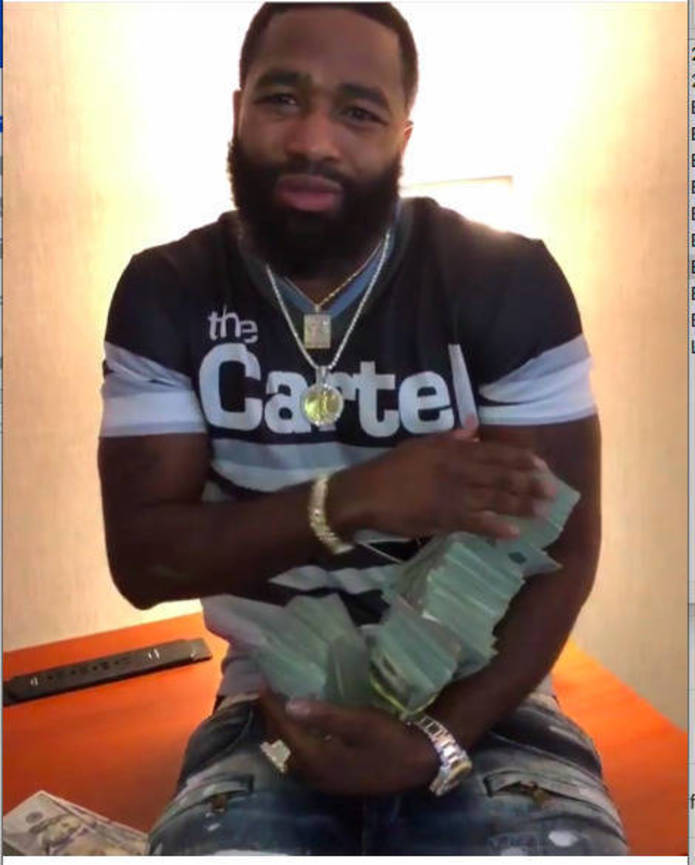 CLEVELAND, OH – Today, professional-boxing former world champion Adrien Broner was remanded by Cuyahoga County Common Pleas Court Judge Sherrie Midday to seven days in custody in the Cuyahoga County jail for his second probation violation. Boxer was led from the courtroom by county sheriff's deputies who, oddly, did not place him in handcuffs.

Broner is under probation for his June 8, 2018 sexual assault of Katherine Larson (a pseudonym) at the Park Social Lounge in Cleveland. After being indicted by a grand jury on felony charges of gross sexual imposition and abduction, Broner pleaded guilty to a sweetheart plea deal of misdemeanor assault and unlawful restraint in that case. His victim asked the Court that Broner be incarcerated for the trauma he inflicted upon her, but he received two years' probation.

The violation under consideration today was a March 2020 DUI in Florida, to which Broner admitted in today's court proceeding. Previously, he was arrested for trespassing at the MGM Grand Garden in February 2020.

Speaking to the court on behalf of the victim, Subodh Chandra, Ms. Larson's attorney, pleaded that court to hold Broner accountable, noting that ultimately, the court's decision was about the importance of the rule of law.

The judge agreed and remanded Broner on the spot after hearing his excuse-making, which included vague references to "personal issues" despite his admission that he violated probation for a second time.

On December 17, 2019, Broner was hit with a judgment that is now valued at greater than $850,000, for the 2018 sexual assault. To date, he has not paid a penny of that judgment, while waving cash and boasting all over social media about his profligate spending.

Nor has Broner complied with post-judgment discovery obligations and court orders in that case. Common Pleas Court Judge Nancy Margaret Russo, in a hearing also held today on the issue of whether Broner should be held in contempt of court, gave Broner one last chance—through September 28—to comply before she imposes a sanction on him for failure to comply with court orders. That could include further incarceration.

Broner was accompanied to both court proceedings by an entourage that included someone who identified himself as Broner's "manager."

Subodh Chandra said of the day's events, "Entitled, spoiled, and apparently enabled by his entourage, Adrien Broner thumbs his nose at the law. He will be held accountable. This is probably just the beginning of that finally happening in his life, and his sexual-assault victim, who suffers from PTSD because of his brutality, is relieved that the courts are finally reining him in. She deserves justice. So far, despite Broner pleading guilty and being hit with a massive judgment, she's received none."